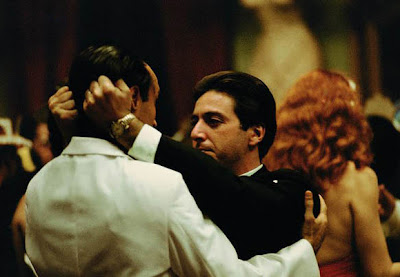 The Godfather, Part II (1974)
I often wondered why other filmmakers never used the device of parallel stories in different time periods tied cohesively and relating back to the original film…and as I ask the question I realize that I don’t think it could ever be done as well as it is in The Godfather, Part II. Is it superior to the first one? Let’s just say, both would be in my top five, but I still can’t figure out which would come first.

The Coppola River, Part III
The second part of the Coppola River proved to be just as mighty as the first. It was a truly a sight to behold. But how long could it last?
Posted by 1001: A Film Odyssey is produced, directed and written by Chris, a librarian. at 9:23 AM