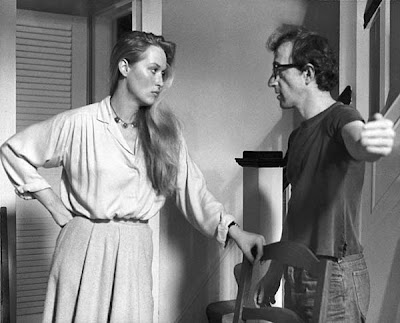 Manhattan(1979)
One of Woody Allen’s “later 70's, funny, but not as funny as the earlier Allen but more thoughtful ones.” One of those films that I've seen many times but haven't seen in years and found most pleasant to revisit.

The Allen River, Part II
You can’t go down the 70’s rivers without a trip down the latter half of the Allen river. One of those later parts of the 70's Allen River that is kind of funny as I said before. I do warn you that if you take this part of the river, avoid the Interiors.
Posted by 1001: A Film Odyssey is produced, directed and written by Chris, a librarian. at 12:01 PM