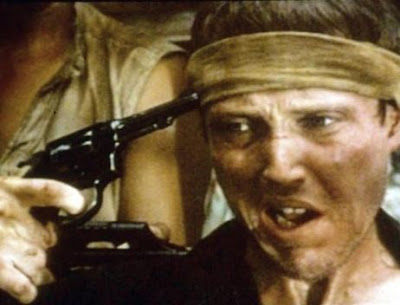 The third of the seventies Vietnam trilogy(along with Coming Home and Apocalypse, Now)and the only one of the three to win a Best Picture Oscar. The wedding scene is still too bloody long after all these years, but the film does have a lot of emotionally charged drama in it.

The Cimino River
The Cimino River ran successfully only once and then helped destroy all rivers in its path shortly thereafter. Damn you, Cimino River!
Posted by 1001: A Film Odyssey is produced, directed and written by Chris, a librarian. at 3:25 PM