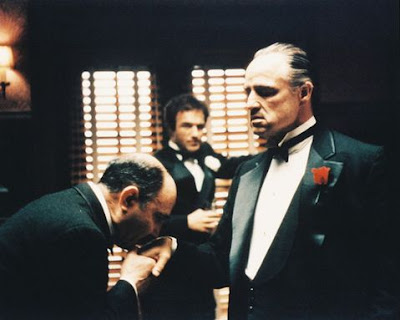 The Godfather (1972)
No film has ever influenced this moviegoer’s life like Coppola’s epic saga of The Corleone family. A lot of praise has been heaped on its director and actors, but it’s the great storytelling that rules the day. Easily in my top ten of favorite films.

The Coppola River, Part II
The beginning of the Coppola river, a waterway that ran deep and mighty and controlled the flow of other rivers of the 70’s for years to come.
Posted by 1001: A Film Odyssey is produced, directed and written by Chris, a librarian. at 9:21 AM