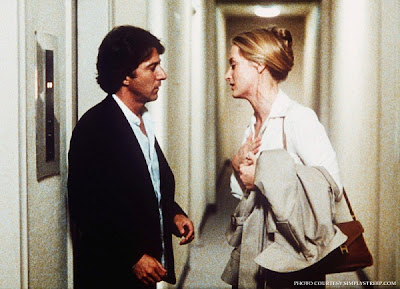 Kramer vs. Kramer (1979)
Robert Benton's Best Picture Winner from perhaps Hollywood's best year for movies. Still a strong drama and led by another terrific Dustin Hoffman performance, but should it have really beaten out Apocalypse, Now, Being There or All That Jazz for Best Picture?

The Benton River
The Benton River actually intersected early on with the Penn River during the genesis of the 70's Rivers and culminated with his Best Director prize at the end of the decade.
Posted by 1001: A Film Odyssey is produced, directed and written by Chris, a librarian. at 11:45 AM