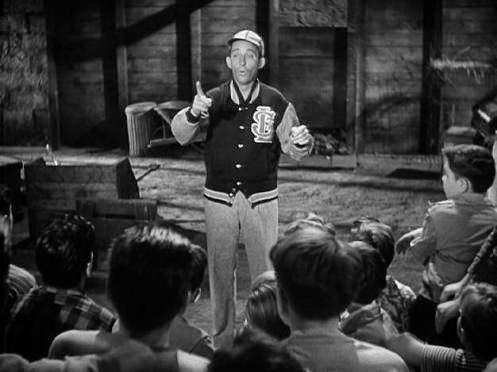 I'm not sure that there are too many film buffs who wouldn't take exception to Going My Way winning the Best Picture Oscar for 1944. It's a nice film, but the story of a radical (as much as Bing Crosby can be radical) priest being assigned to a floundering parish under the guidance of the crusty but lovable Father Fitzgibbon doesn't seem exactly groundbreaking. But it's a pleasant enough film, and a good one to check out to remember the time when Bing Crosby was Hollywood's biggest movie star. But should this really have beaten out Double Indemnity for Best Picture?

Speaking of Double Indemnity: The short career of ingenue Jean Heather (eight film credits) featured the interesting coincidence of her having important supporting parts in Going My Way and Double Indemnity, the two top contenders for the Best Picture Oscar that year. She plays Barbara Stanwyck's step-daughter in Double Indemnity and the young girl who Bing Crosby teaches about singing in Going My Way.


And the Elisha Cook Jr. supporting player award goes to..Barry Fitzgerald. It's hard not to give this to Barry, even though he already won Best Supporting Actor and was also nominated for Best Actor for the same film! Other memorable roles for the Irishman include And Then There Were None, The Quiet Man and Bringing Up Baby, but its' the role of Father Fitzgibbon that he is best remembered for. 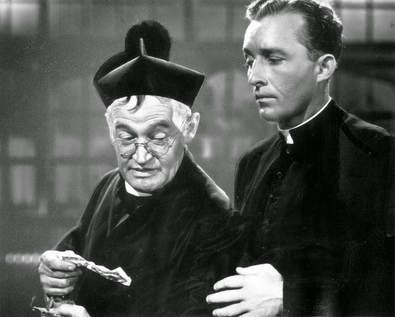