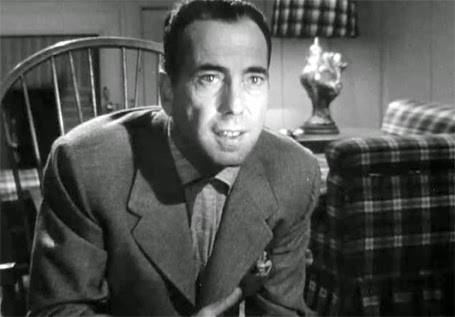 If you love film noir (and if you are a film buff, you're pretty much required to love film noir), In a Lonely Place is a required addition you need to add to your viewing resume. Humphrey Bogart plays a screenwriter with a violent temper who is accused of murder and one begins to wonder as the movie progresses whether or not he might really be guilty. Bogart seems to have aged quite a bit by 1951, but the force of his personality really shines through and I have no trouble believing a saucy dame like Gloria Grahame could fall for him.

And the Elisha Cook Jr. supporting player award goes to..Gloria Grahame. The lovely Miss Grahame has shown up in a handful of 1001 movie listings, including The Big Heat, where Lee Marvin famously throws coffee in her face. She also plays the Bedford Falls slut in It's a Wonderful Life and the equally easy Ado Annie in the musical Oklahoma! She also has a interesting if minor turn as Dick Powell's wife in The Bad and the Beautiful. Her role as the tough but vulnerable Laurel in In a Lonely Place might be her best role of the bunch. Her relationship with Bogart's character Dixon Steele is uneasy, yet passionate, difficult, but inevitable. But this is film noir and there ain't gonna be no happily ever afters, sweetheart. 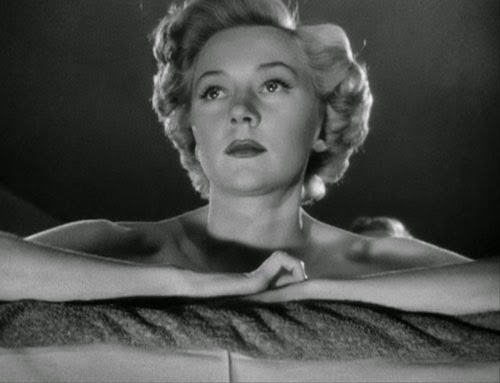