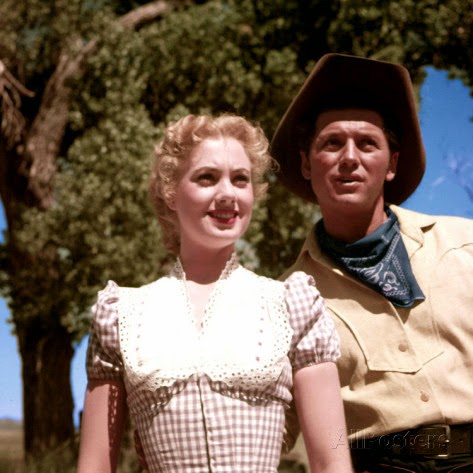 I'm not sure how Fred Zinneman could have adapted Oklahoma! to the screen any better than he did. He took it off the stage and opened up great technicolor vistas that you couldn't have in a theater. But there are a lot of musicals that are established on stage that are just better on stage. You simply can't beat the intimacy of live theater with the songs and actors right in front of you. So I would say that you should see Oklahoma! in some form, it just doesn't have to be on celluloid.

Confession #1: The Farmer and the Cowboy Should be Friends is near the top of my list of  favorite songs from a musical.

The Partridge Family vs. The Brady Bunch: A chapter in this ongoing debate that I didn't know about is Oklahoma! I knew that future hot Partridge Family mom Shirley Jones played Laurie in the movie. What I didn't realize was that future hot Brady Bunch mom Florence Henderson played Laurie on Broadway in 1953. You learn something everyday, I guess.

And the Elisha Cook Jr. supporting player award goes to..Eddie Albert. Honestly, most of the laughs that Oklahoma! generates comes for Albert's Ali Hakim, the Persian peddler man, who spends tmost of the movie trying to avoid getting married to Ado Annie. Albert had many other scene stealing supporting roles during his career, including the artist in Roman Holiday. But it is funny that his best know role is as the lead in the TV show Green Acres, when he had to play straight man to some of the goofiest characters in TV history.

Confession #2: Green Acres is still one of my favorite shows. 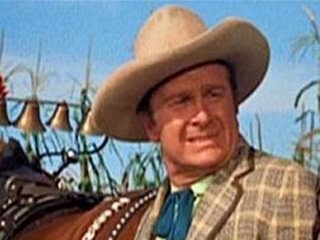 Posted by 1001: A Film Odyssey is produced, directed and written by Chris, a librarian. at 8:11 PM