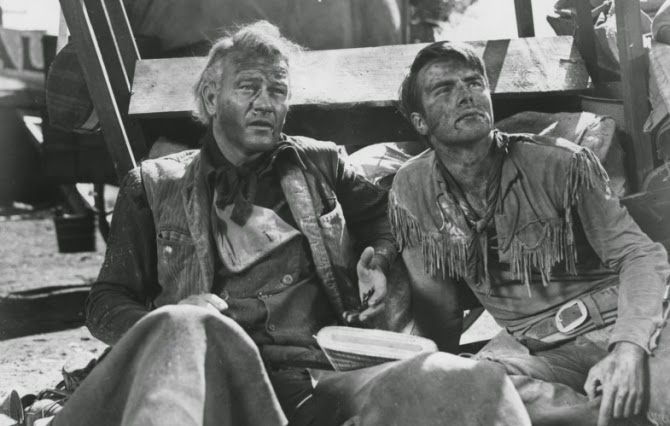 If you want the ultimate movie about a cross country cattle drive, then look no further than Red River. I hadn't seen this in a long time and really enjoyed it this time around. You got to give a lot of credit to Hawks for keeping the story written by Borden Chase alive and keeping the cattle (and the plot) moving over hundreds of miles. But the centerpiece of the story is represented by John Wayne as the tough head of the drive and his protegee/adopted son played by Montgomery Cliff. The fact that the two of them come from different acting schools (Clift is a method actor, Wayne is NOT)  is really to the film's favor. I'm not sure I've liked either actor as much as I've liked them in this.

And the Elisha Cook Jr. supporting player award goes to..Noah Beery, Jr. I know I should give this to Walter (Groot) Brennan, but I just gave the award to him for Sergeant York and I can't always give this to Walter Brennan! Also could have given this to Harry Carey Jr. or Harry Carey Sr., but I'll give it to Noah Beery Jr. in a real nice role as the dedicated member of the cattle driver and the guy who becomes Clift's right hand man during the second part of the film. I also like whenever he yells (I think it's a yell) out for them cattle to get a move on.

Beery has showed up in other films on 1001 list, including Only Angels Have Wings and Sergeant York, as well as a small roles in many other films like Inherit the Wind. But is still probably best remembered by my generation as Rocky from 70's TV classic The Rockford Files. 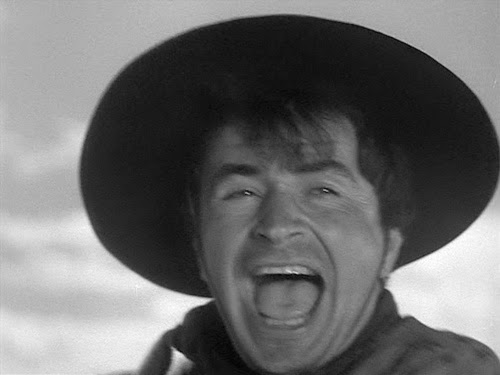 Posted by 1001: A Film Odyssey is produced, directed and written by Chris, a librarian. at 1:32 PM