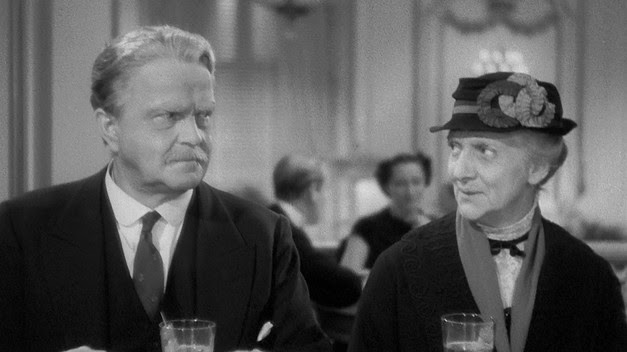 "The most depressing damn film I've ever seen!" Or something to that effect was Orson Welles's commentary on Make Way For Tomorrow.

Leo McCarey's film is about a families struggle with what to do about aging parents with nowhere to go. Comparable to Ozu's Tokyo Story, it is a rarity among Hollywood movies of the time (and today for that matter) to deal with older people and their struggles as a main focus. It's also a rarity that there are no headline stars to be seen, which actually works in the film's favor. A gem of a movie in my book.

As the patriarch of the Cooper clan, Victor Moore plays a rare lead role here that demonstrates a lot of poignancy, resolve, but still demonstrates a lot of feistiness. I love when someone asks him if he used to be a bookkeeper and he exclaims, "I'm still a bookkeeper!" Moore played supporting roles in many movies, including: The Awful Truth, Swing Time and Gold Diggers of 1937. His final screen credit is as plumber in The Seven Year Itch. 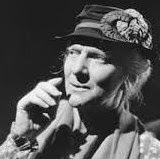 As the sympathetic matriarch of the Cooper clan, Bondi was playing a much older woman than she was at the time and does so very believably. Bondi's many supporting roles include playing Jimmy Stewart's mother in both It's a Wonderful Life and Mr. Smith Goes to Washington!

Mitchell plays the oldest son here, who is torn between doing what is 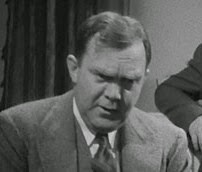 right for his family and still trying to somehow take care of his
aging parents.
Mitchell was definitely one of Hollywood's golden age supporting all-stars, co-starring in Gone With the Wind, Mr. Smith Goes to Washington, Only Angels Have Wings and winning an Oscar for Stagecoach all in the same year!
He may be best known today for his role of the absent-minded Uncle Billy in It's a Wonderful Life, where Beulah Bondi plays his sister-in-law. 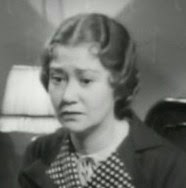 Fay Bainter plays Mitchell's wife, who definitely doesn't want to take care of his aging parents, but her role is far from just being a one-dimensional heavy. She is real in her needs and not totally uncaring. One of the things that is good about this film is that the characters aren't painted in black and white colors. Interesting that Bainter's daughter in the film actually does bond with her grandmother. Long time supporting stalwart Bainter won an Supporting Oscar the next year in William Wyler's Jezebel.

Porter Hall
I almost gave Porter hall the Elisha Cook award for this role as the editor in Billy Wilder's Ace in the Hole. Other 1001 movie roles for Porter include the witness in Double Indemnity and parts in Mr. Smith Goes to Washington, His Girl Friday and The Thin Man. In Make Way for Tomorrow, he has one scene as a grumpy son-in-law who doesn’t want the old folks to move in with his family. 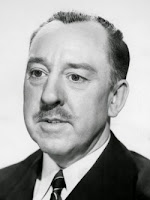 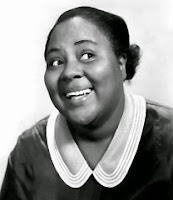 Other than Hattie McDaniel, Louise Beavers was the most frequently seen African-American actress in Hollywood movies during the golden age of Hollywood. She plays a sympathetic role here, but as with most all of her roles she was relegated to playing a servant or domestic of some kind. If you look at the list of name of her characters you get an idea-Mamie, Pearl, Mammy, Mattie, Mammy Lou, Petunia, Opal, Bedelia...and her televison role as Beulah. Sometimes her billing was just as "The Maid." A later role in the 50's film Imitation of Life got Louise the best reviews of her career. 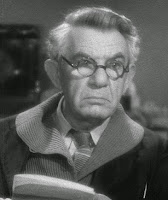 Russian born Jew Moscovitch only had a brief Hollywood career, but I liked his role as the sympathetic friend to Mr. Cooper enough to give him a mention. He also had a part in Chaplin's The Great Dictator, relased the year of Moscovitch's death in 1940. 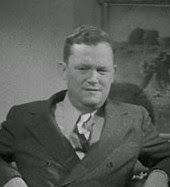 The main problem I have with Ray Mayer in Make Way for Tomorrow is that there isn't enough of him! He's the one child that seems to know what is going on and puts his smart aleck mouth to good use as much as possible. But after his opening scene, we don't see a whole lot of him. The movie cold have used more of his take on the family dynamic.
Posted by 1001: A Film Odyssey is produced, directed and written by Chris, a librarian. at 1:59 AM