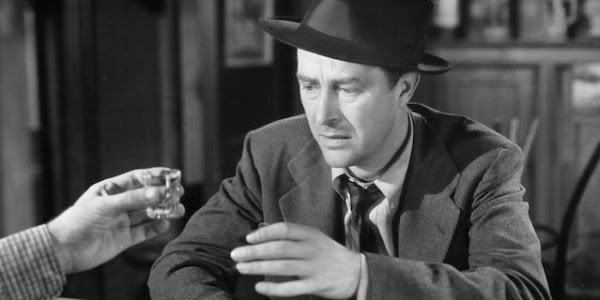 Hard hitting movie for its time about the day to day struggle of an alcoholic writer played by Ray Milland. The movie is strong, but seems to pull its punches at the end. Interesting that director Billy Wilder used more of a romantic leading man Milland in the dramatic lead role much the same way he used romantic comedy lead Fred MacMurray in Double Indemnity. It's an overall strong movie, but wouldn't rank in my top five of Wilder films. (Double Indemnity, Sunset Boulevard, The Apartment and Some Like It Hot would be those five. I also like One, Two, Three a little more.) 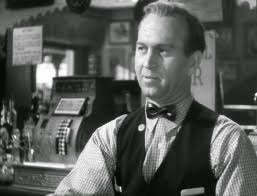 And the Elisha Cook Jr. supporting player award goes to...Howard Da Silva. I recently saw Howard as one of Alvin York's buddies in Sergeant York. He gave support in many movies in the 40's, the bartender in The Lost Weekend being the most prominent. A victim of the blacklist in the 50's, Howard returned during the 60's to play his most famous role, Ben Franklin in the musical 1776. That movie is a favorite of mine and I've seen it at least a dozen times. And Howard Da Silva is Ben Franklin.
Posted by 1001: A Film Odyssey is produced, directed and written by Chris, a librarian. at 1:55 AM