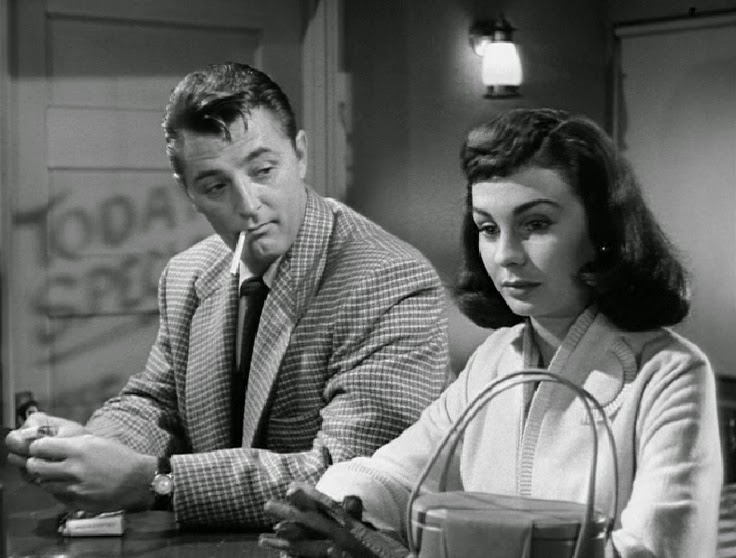 Another Robert Mitchum film noir! Well, sign me up! According to the commentary track, this was largely a forgotten B-movie, until those pesky French new wave critics cited it as one of their favorite movies. I can't say I liked it as much as Mitchum's Odd Man Out, but this Otto Preminger film is worth seeing as well, if only for the "car goes down the cliff" scene. It may even be worth seeing it twice to catch all the subtleties, now that I think of it.

And the Elisha Cook Jr. supporting player award goes to..(tie) Herbert Marshall and Leon Ames. It seems when I've been choosing my imaginary award, I've come across several people that I've considered for one movie and passed on only to come up for another movie for me to select. Herbert Marshall played the put upon husband of Bette Davis in The Little Foxes and here in Angel Face, he plays yet another brow beaten husband! And he does it with his typical dignified English stoicism. Herbert's many roles include parts in the 50's horror classic The Fly and as Bette Davis's husband (again) in The Letter. I haven't seen The Letter, but I'm willing to bet things don't turn out good for Mr. Marshall. Here's to you, Herbert!

Leon Ames capably played the head of the household in Meet Me in St. Louis.

In Angel Face, he plays the skilled lawyer who successfully defends Jean Simmons during her murder trial. Ames makes the well-written courtroom scene awfully fun by refuting every thing that the prosecutor (poor Jim Backus!) dishes out and still seem reasonably likable throughout. Perhaps because he's so open about what he's trying to do, you really can't hate him. At least not too much.

But when I think of Leon, I will always first and foremost think of him as the neighbor in one of my favorite TV shows from childhood, Mr. Ed.

And a special Elisha Cook the third award goes to Bess Flowers...Bess has a few lines as Leon's secretary here, which is more than she does in many of the 865 IMDB credits she had during her career. 865! Well, someone has to play the part of the party guest in the background, courtroom spectator and nightclub table extra! Often that person was Bess Flowers. As you can imagine, her most frequently listed role on IMDB is uncredited.

I like her autographed picture below that says "thanks for remembering." 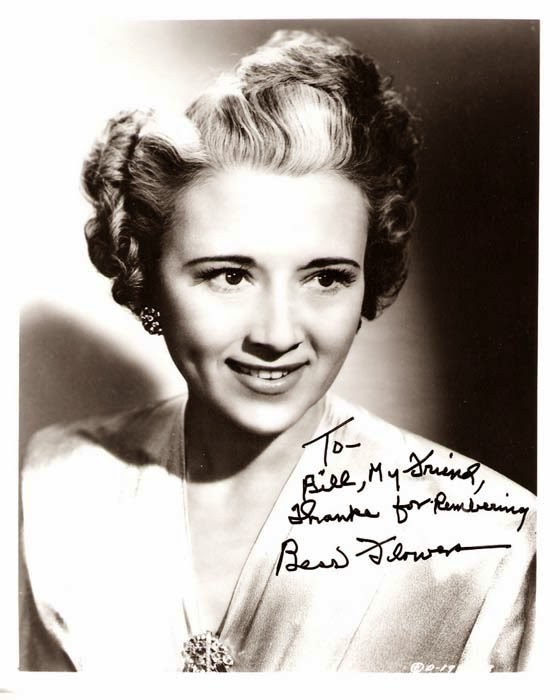 Posted by 1001: A Film Odyssey is produced, directed and written by Chris, a librarian. at 5:23 AM