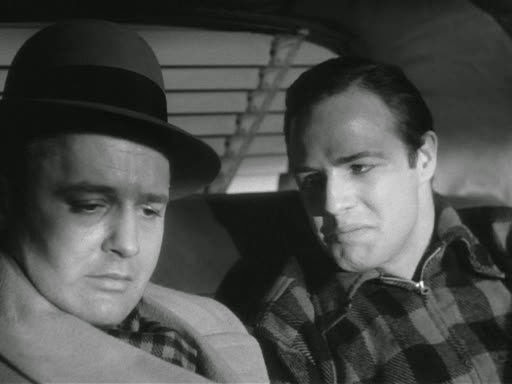 It's either hawks or pigeons in this hard-edged classic about politics and corruption on the waterfront docks. Director Elia Kazan, screenwriter Budd Shulberg and star Marlon Brando put it all together in this famous drama that I admit to liking a lot more than I did when I saw it years ago.

It's worth watching just for Brando's "I could have been a contender" scene above.

And the Elisha Cook Jr. supporting player award goes to...Karl Malden. Malden as the priest, Lee J. Cobb as the crime boss and Rod Steiger as Terry's smarter brother were all nominated for Oscars for On the Waterfront (And all losing to Edmond O'Brien in The Barefoot Contessa). I'm going with Malden, who did win the Oscar for his other Brando/Kazan collaboration, A Streetcar Named Desire. Malden also later teamed with Brando in One Eyed Jacks.

Malden's had lots of second banana and villain roles that I've seen, inlcluding: The Cincinnati Kid, Murderer's Row, Patton, Birdman of Alcatraz and many others. Malden is best probably best remembered by children of the 70's for his role as Detective Stone in The Streets of San Francisco. 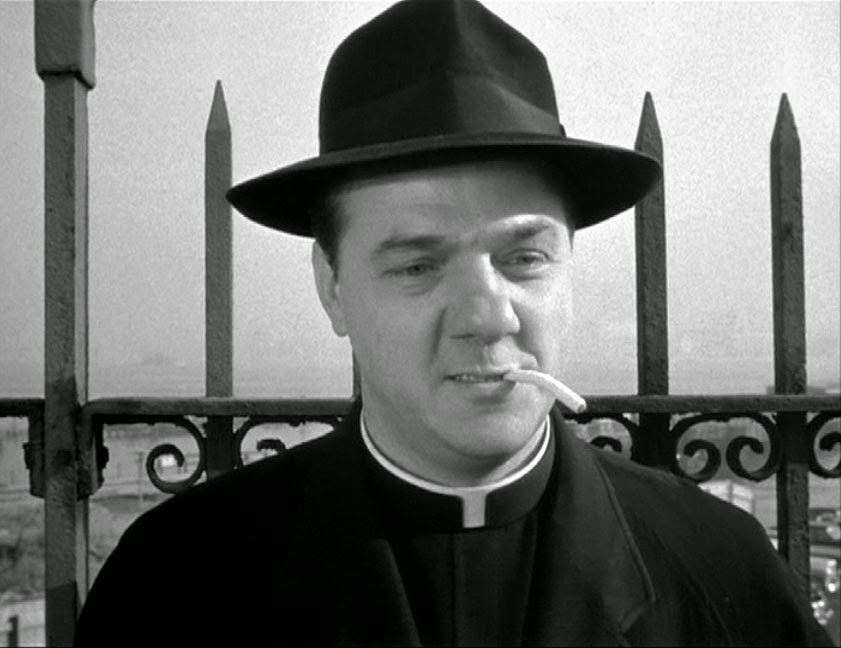 But let us also not forget Karl and all those American Express commercials from the 70's...
Don't Leave Home Without It!