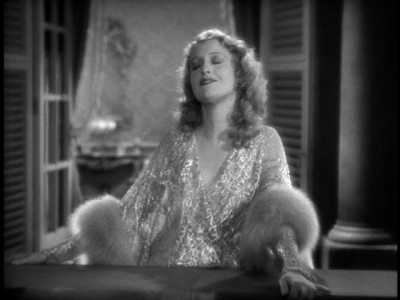 I’ve seen a number of the classic Hollywood movies of the 1930’s. But going over some of the titles in 1001 Movies You Must See Before You Die book, I noticed more than a few omissions from my movie viewing resume. For the next fourteen days, I’m going to try to fill in some of those gaps as well as re-watch some old favorites. I’ll list my expectations for each film going in and state whether these expectations are reached or not. And I’ll give each film my Elisha Cook Jr. supporting player award strictly for the reason that I think it would be fun to do so.

Love Me Tonight (1932)
Expectations: Full disclosure: I had never heard of this film before. Reading a brief synopsis, I see it is a Paramount musical starring Maurice Chevalier and Jeanette McDonald. I have a theory that France’s embrace of Jerry Lewis is some sort of revenge for America’s embrace of the (let’s be honest) obnoxious Frenchman Chevalier. Of course, that’s just a theory and have no hard evidence. And when I think of Jeanette McDonald, I think of that old clip of her and Nelson Eddy campily singing, “When I’m Calling You Woo Woo Woo!” This doesn’t sound too promising, but I’ll go into my viewing with an open mind.

After viewing: I admit this innovative early musical quickly grew on me. It was one of the first movies to use music (at least successfully) as part of the narrative. A lot of creative touches from director Rouben Mamoulian including his very innovative use of the Rodgers and Hart standard “Isn’t It Romantic.” I came around to liking Ms. McDonald just about the time she took her dress off for the doctor to examine her (Hey, I’m easy.) I even began to like Maurice after awhile! Live and learn.

On the audio commentary track, film scholar Miles Krueger refers to Love Me Tonight as “the finest musical film of all times.” Not sure I would go quite that far, but certainly worth seeing.

And the Elisha Cook Jr. supporting player award goes to…Lots of candidates here including feisty old C. Aubrey Smith, adorable ingénue Myrna Loy and the oddball Count played by Charles Butterworth. But I’ll go with the always amusing(even when he’s a bit of a scoundrel) Charlie Ruggles.
Posted by 1001: A Film Odyssey is produced, directed and written by Chris, a librarian. at 12:27 PM