And the nominees on the entries from every edition of 1001 Movie You Must See Before You Die are...
Stagecoach
The Story of the Last Chrysanthemum
Babes in Arms
Mr. Smith Goes to Washington
The Wizard of Oz
Destry Rides Again
Only Angels Have Wings
Gone with the Wind
Daybreak
Gunga Din
Ninotchka
The Rules of the Game
Wuthering Heights 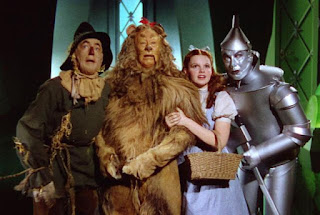 The Wizard of Oz

Gone With the Wind...Stagecoach...Mr. Smith...Ninotchka...
so many potential winners for this category this year, but I simply couldn't go against the beloved classic, The Wizard of Oz. I've seen this movie probably twenty times and Dorothy's adventures in the land of Oz never seems to get old. Wonderfully cast with that delightfully whimsical story that we all know by heart with special effects that still seem pretty fresh, I'm always going to vote for Dorothy...and Toto, too.. 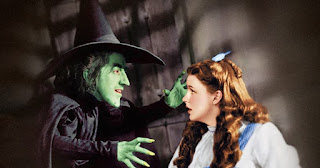 The Wizard of Oz

And the Award for Unique and Artistic Picture of 1939 is...The Rules of the Game 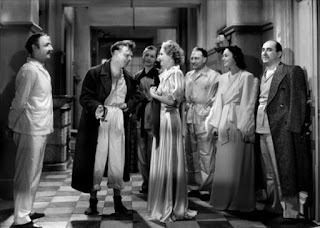 The Rules of the Game

I first saw The Rules of the Game during a summer film comedy class at university during the 80’s. It wasn’t the typical comedy I was used to in this class, but I did like this French comedy of manners and social class from director Jean Renoir. I took a History of Film class (So I like classes where you get to watch movies!) the next year and saw this film again and really began to appreciate it so much more. It’s so smooth and so perfectly done it strikes me as a rare combination of slapstick silliness, ballet, operatic drama all spread over the canvas of the director which is certainly on a par with anything that his father Auguste painted. I have seen The Rules of the Game about five times over the years and it is definitely a movie to be watched and appreciated over several viewings over any cinephile's lifetime. Despite heavy competition from this year, I've got to go with Rules of the Game for the win. 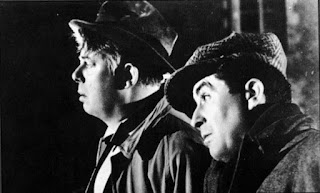 The Rules of the Game
Posted by 1001: A Film Odyssey is produced, directed and written by Chris, a librarian. at 5:00 AM