Ah, the last year of the twentieth century...* 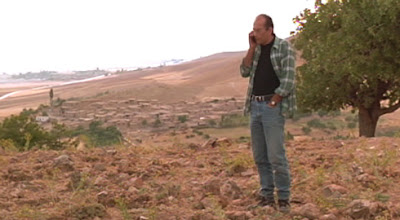 The Wind Will Carry Us


Abbas Kiarostami certainly put out some memorable films during the 90's, including Close-Up and A Taste of Cherry. The Wind Will Carry Us is an intriguing addition to this list. What is it about exactly? I can't say I'm a hundred percent sure, but I know it is sort of about a journalist posing as an engineer wanting to film the death of an old woman who won't die and villagers who never seem to do the things our journalist wants them to do. We also have important characters we never see in the film at all! I also love the scenes (don't ask me why) when our hero gets a call in the village and has to get into his car and drive to higher ground only to generally to find it's just a wrong number.

Scott Foundas of Variety noted the filmmaker's "mission to capture something of real life without violating its essence." The struggle is real and Kiarostami was one of the best at capturing it. 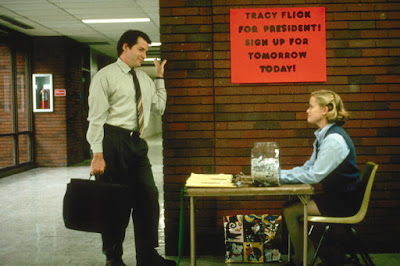 
When looking to find another 1999 film to watch that I had never seen before I picked Alexander Payne's Election, because I had heard good things about it and I generally like Payne's films. It is also based on a story by Tom Perrota (The Abstinence Teacher), who I also like.

The film is a about a teacher named Jim McCallister (Mathew Broderick) whose star student Tracy Flick (Reese Witherspoon) proves to be a big thorn in his side when she runs for student council president. The movie is most amusing and the plot hops around several interesting characters (including a fellow teacher who gets fired for having an affair with Tracy and his wife who later has an affair with McCallister.) A smart film and the multi-layered storyline kept me interested throughout. Reese Witherspoon is charismatic as the brilliant and over zealous Tracy and I like Broderick very much in the role of the teacher (Much better than his other 1999 film a few listings down.)

After Life
This is a Japanese film that I saw years ago based on a recommendation from a library patron. It is a deep film centering around a metaphysical weigh station between heaven and hell. It does try to explore some of the why questions of life.

In fact, I'm sure why questions can be applied to other films I've seen from this year. I'll give it a shot! 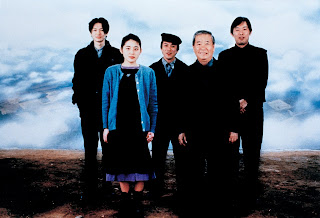 After Life
Analyze This
Why is the effectiveness of psychoanalysis such a polarizing issue in the health field? 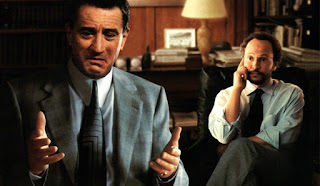 Analyze This
Any Given Sunday
Why is professional football treated with such reverence in our society despite all the problems inherit within it? 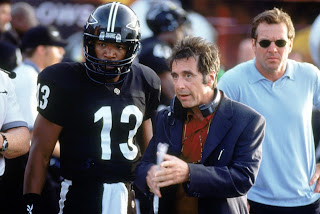 Austin Powers: The Spy Who Shagged Me
Why do I still feel the need to periodically do impressions of Dr. Evil and Austin Powers all these years later? 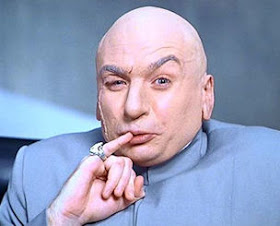 Austin Powers: The Spy Who Shagged Me

Big Daddy
Why are Adam Sandler movies so popular? 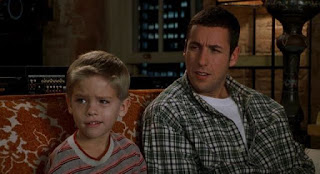 Dogma
Why can't the Catholic Church take a joke? 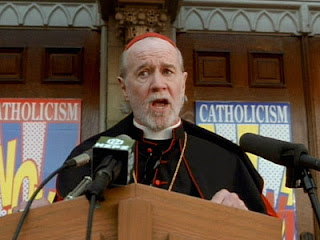 Galaxy Quest
Why do we form cults around our favorite TV show? 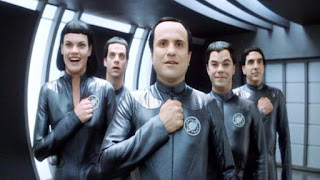 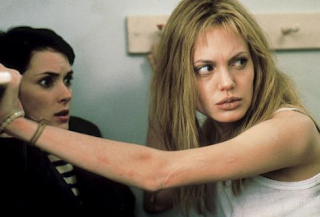 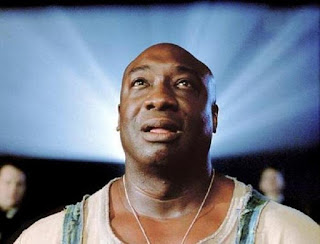 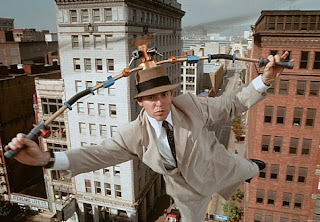 Man on the Moon
Why did people get so mad at Andy Kaufmann when he was obviously just putting them on? 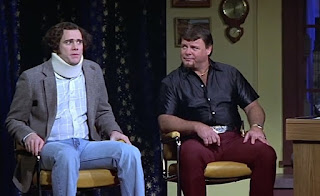 Man on the Moon

A Midsummer Night’s Dream
Why rebuke you him that loves you so? 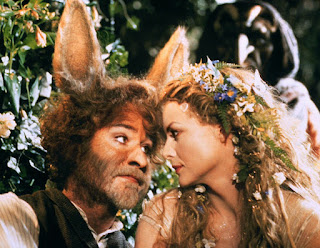 A Midsummer Night’s Dream
The Mummy
Why can't all librarians depicted in movies be as appealing as Rachel Weisz in this one? 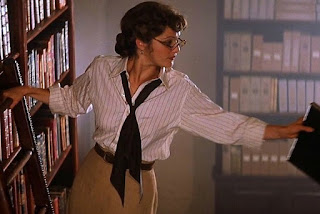 Muppets from Space
Why did my son have to watch this movie every night before he went to bed one summer? 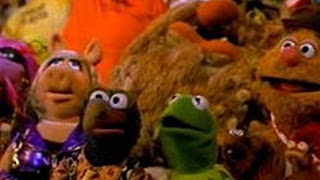 Never Been Kissed
Why hasn't anyone kissed Drew Barrymore yet? 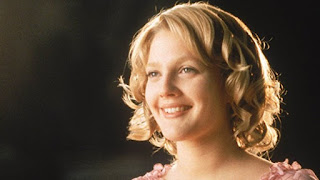 Office Space
Why is this considered by some the greatest cult movie of all-time? 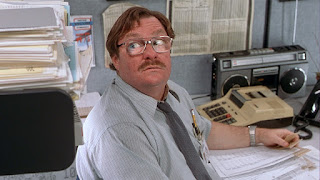 Onegin
Why did someone recommend we read Eugene Onegin for my book group?

Payback
Why did they remake the film Point Blank and take out the parts that made it special? 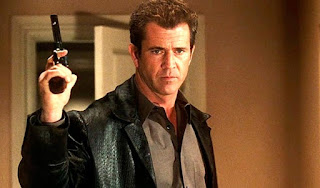 Runaway Bride
Why were there so many Julia Roberts romcoms during the 90's? 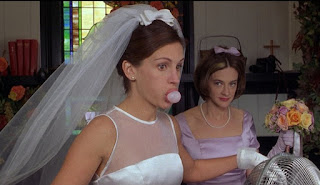 South Park: Bigger, Longer, Uncut
Why did the censors not seem to be on the job during the Saddam/Satan sex scenes? 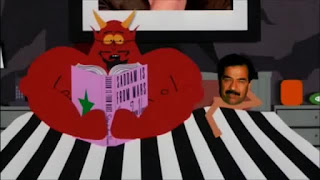 Star Wars: Episode I
Why did anyone ever think Jar Jar Binks was a good idea? 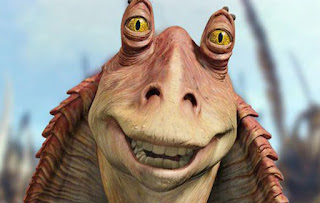 Tarzan
Why does the Phil Collins song theme song always go running through my head if I ever think about this movie? 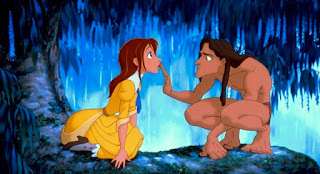 The Thomas Crown Affair
Why are we so intrigued by bored rich guys? 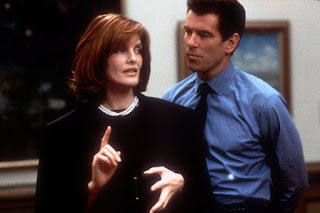 True Crime
Why is the efficacy of the death penalty still in question? 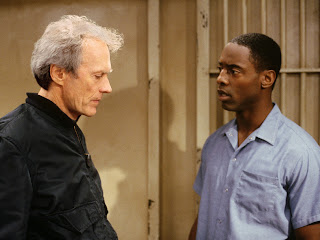 The World is Not Enough
Why does James Bond endure? 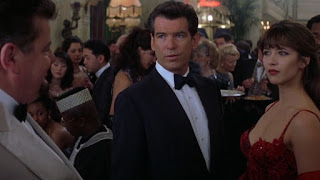 The World is Not Enough

*You may or may not consider 1999 the last year of the twentieth century. Either way, I do recommend reading Questioning the Millennium by Stephen J. Gould 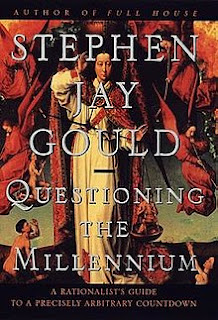 **For more whys, I highly recommend reading Whys of a Philosophical Scrivener by Martin Gardner 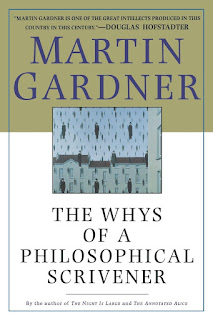