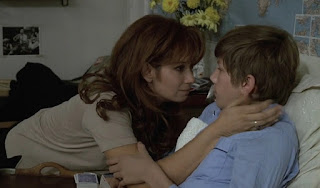 I have a set of volumes of reviews from the New York Times Film Reviews (Movie Nerd alert!) from 1913-1988. Louis Malle's Murmur of the Heart (Le Souffle au Coueur) is the only film I've found indexed within the volumes as having three separate reviews in one year! The reviews range from enthusiastic (Vincent Canby) to not-so-great (Roger Greenspun). The main issue brought up is the scene where this coming of age story of a 15-year-old boy in early 50's France has an incestuous encounter with his mother late in the film.

The protagonist in this film likes Jazz, politics and the idea of his older brothers taking him to a brothel. The movie is well done and I like the fact that our hero is an intellectual, but found it to be lacking in charm or have much in the way of likable characters. It left me a little deflated to tell you the truth. The incest scene certainly didn't help, though it was about as tastefully done as such a scene can be. 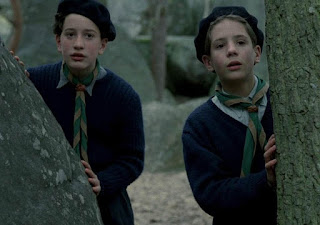 Just when I was thinking Malle's French films were overrated, I watched Au Revoir Les Enfants (Goodbye, Children) as a follow-up to Murmur of the Heart. This is also a coming of age story set in a French boarding school during World War II. Many of the problems of youth are explored here, but done so within the context of Nazi occupation. Julien, a rather pampered boy and Bonnet, who hides the fact that he is Jewish as long as he can are the two main characters here. I think this film is very moving and gives us what I think is an authentic view of adolescence, even one exacerbated by the cold realities of war.

New York Times critic Vincent Canby also liked this one, saying it "remains utterly specific, which is why it's so moving without being sentimental. Though the action covers only a few weeks, it seems to cover a lifetime." 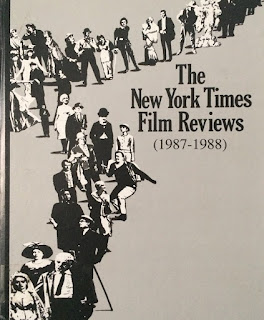