It's that time of year for this blog to look at the new edition of the 1001 Movies You Must See Before You Die Book and see what new movies have been added to the old list. And the results are in...and there are twelve new entries this year and they are... 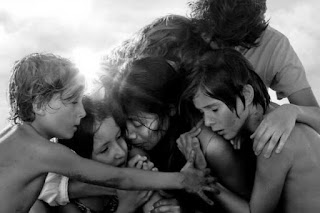 Roma
I suppose there was too much divergence of opinion on Best Picture winner Green Book for it to be a surefire entry in the 1001 book...and it wasn't (I would have included it, but I was not consulted). However, Roma the Best Foreign Language and Director winner I was pretty sure would be on the list...and it was.
https://1001afilmodyssey.blogspot.com/2019/02/y-tu-mama-tambien-2001-mexico-roma-2018.html 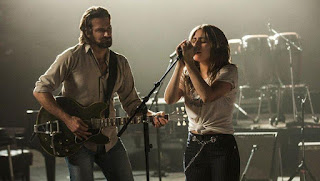 Avengers: Infinity War (The audience favorite, though not sure Martin Scorsese would approve) 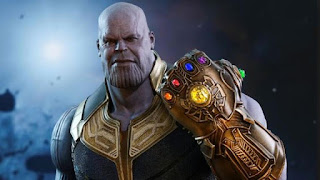 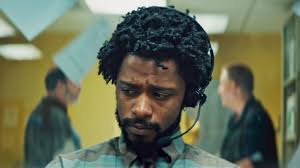 Sorry to Bother You
At first, I thought this was going to be a bit of an Office Space meets Get Out kind of movie, but I give it credit for originality and it takes you into a lot of strange places you weren't expecting to go. Special thanks to my niece Kara, who recommended that we watch this several months ago. 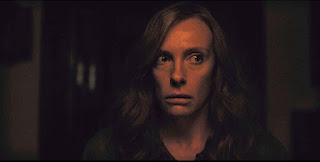 Hereditary
The list often includes a cerebral science-fiction film each year, but it looks like we have a cerebral horror film this time out. Heredity has a Rosemary's Baby kind of feel to it and unravels its mysteries in a slow but compelling way. There are also a lot of gruesome payoffs for horror fans. 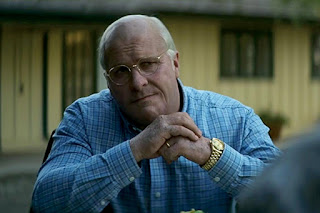 Vice
I'm becoming a fan of Adam Mckay movies. I thought his adaptation of the seemingly unfilmable The Big Short was very good. And now a movie about Dick Cheney? With Christian Bale playing the Dick? I'm sure the Cheney family doesn't approve of it...but, screw them, you know? Vice is worth your time and another one I'm glad the 1001 list prodded me into watching. 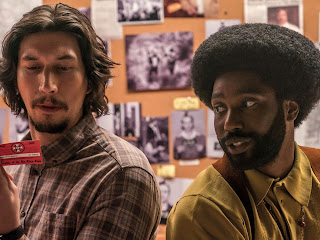 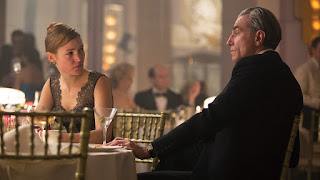 The Phantom Thread
If you go into watching The Phantom Thread with the idea that it's going to be an easy emotional plunge into the relationship between a 50's fashion designer and a waitress that he becomes involved in, you may be disappointed. If you look deeply into it and discover what is really going on here, you may really get something...not that you'll particularly like what you see. Enhanced by stellar performances by Daniel Day-Lewis and Vicky Kreips.

The Favourite (One for the BBC crowd) 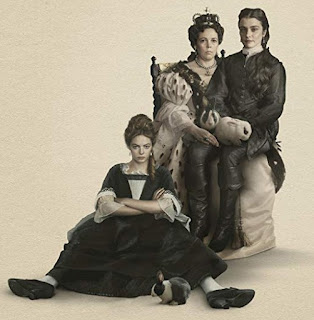 The Favourite
Who is the favourite of the queen? And in what way? And what's up with those rabbits? 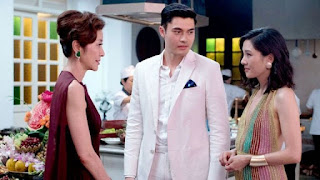 Crazy Rich Asians
My Best Friends Wedding meets Guess Who's Coming to Dinner...except with a Chinese cast. Rich son brings home beautiful and brilliant girlfriend to meet the family. But the family matriarch isn't happy about her being American Chinese. The film has many of the tropes we except in movies like this, such as the understanding gay family friend, her wacky best friend and the inevitable plot device that leads to the couples temporary break-up. It is admittedly different to see this scenario acted out by Asian actors (and good ones) and I'll give it a thumbs up for this alone. 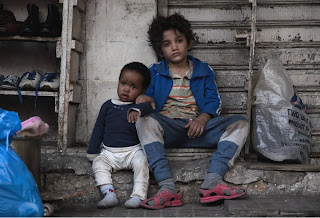 Capernaum
Well, Roma is also a non-English language film, but I'll stick to this heading. Capernaum is a story about a poor Lebansese boy who runs away from his family and encounters all sorts of difficulties, including seeing his sister essentially sent off at age eleven to become a concubine and later him having to take care of a Nigerian baby when the mother of the baby has to go to jail. Capernaum is an excellent movie, but one I had to get myself motivated to watch.

The Greatest Showman (The...the... not sure why this one was added to tell the truth) 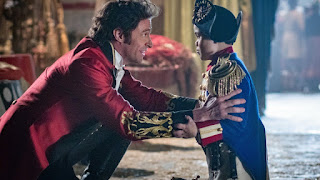 The Greatest Showman
First of all, I like The Greatest Showman. We even showed this movie at the library as a sing-along. It's an admittedly fanciful tale of P. T. Barnum and has some catchy songs and a likable cast.  I'm not sure why it was included on the list, however. I understand you don't want to list a dozen movies with the tone of Capernaum, but I would think the popular movie musical selection was covered with A Star is Born.
So it goes.

It was a strong year for documentaries, based on what I saw. I was sure the list would include one.
https://1001afilmodyssey.blogspot.com/2019/06/wont-you-be-my-neighbor-2018-three.html
Oh, well. So It still goes.