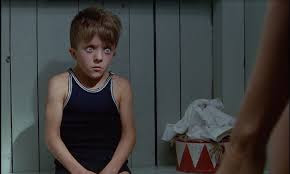 Oskar growing up mentally faster than physically
in The Tin Drum

The Tin Drum is a film about a young man named Oskar who avoids the Nazis by just not growing past age three. In his case, it's more than just the Nazis, it's the whole awful grown up world. The Tin Drum is an epic tale of the war, cleverly seen through the eyes of an outsider by his circumstance who is nevertheless right in the middle of many of the atrocities of war.

I've read some of Gunter Grass's original novel on which the movie is based. I got through about a hundred pages before getting just too bogged down and a bit overwhelmed by the whole thing. Maybe I'll try again... 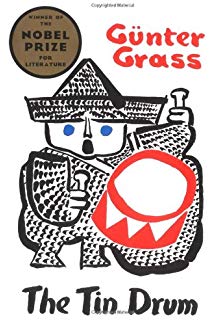 Europa, Europa is a film about a young man named Solomon who avoids the Nazis by posing as one of them. Solomon lives with his Jewish family in Nazi Germany and as you can imagine for the time, he is displaced and many in his family are killed. He winds up in a Soviet orphanage where he is trained to be a good Bolshevik. The orphanage is bombed and he is captured by Nazis who he convinces that he is one of them. He is valuable to them because of his bilingual abilities. His circumcised penis is also something he has to hide at all cost to avoid his discovery of being a Jew. We showed this film several years ago at the library and it was good to watch this one again. Europa, Europa shows we do what we have to to survive and that it pays to be smart...but also pays to be lucky. 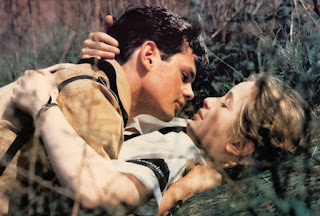 Solomon (Marco Hofschneider) has a very
practical reason for not going all the way with
his German girlfriend in Europa, Europa

Europa, Europa is based on the real life memoir by Solomon Perel. As of this writing, Solomon is 94 years old and still a survivor! 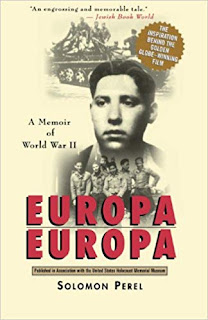