Well, I've counted up the movies I have seen from the 1001 Movie list since I started this blog and listed the ones I have left below.

This time last year I had 170 to go...and now it's down to 56. It really doesn't seem like I watched that many list movies this year plus the twelve new ones from this year, but those are the numbers.

As far as the list goes...I've finished all the DVD's and Blu-rays available to me at the library...I've gone through all the streaming services. I've looked at all the YouTube videos and other internet videos I could find...so it will be a little slower going from now on. And it's finally time to dust off that BluRay copy of Lord of the Rings...

So lets see...That's 1,166 seen and 56 still unwatched. I've actually stuck with this whole blog thing longer than I ever thought I would. I'll see how many more I can knock out this coming year. 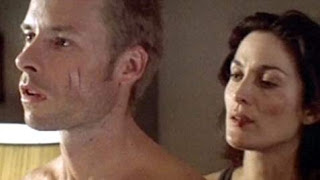 Now I just got to remember to watch
the rest of the movies on the list
Posted by 1001: A Film Odyssey is produced, directed and written by Chris, a librarian. at 11:06 AM