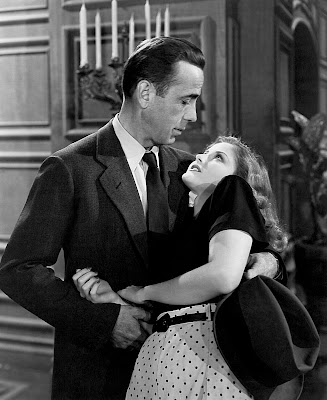 Expectations: I’ve read the Raymond Chandler book. I’ve seen the film, but it has been many years.

After Viewing: Following shamus Humphrey Bogart as Phillip Marlowe around is not for the faint of heart if keeping up with every aspect of the plot is important to you. I say just try to keep up and don’t worry about unresolved plot points. Did she know that guy? Who killed the chauffer? What was their relationship? I don't really know, so just light up a smoke and pour yourself a brandy (even if you have to indulge your vices by proxy) and enjoy the ride.

And the Elisha Cook Jr. supporting player award goes to… (ta da!) Elisha Cook Jr.! I feel guilty about not giving Elisha Cook Jr. his own award for The Maltese Falcon, so I’ll give it to him here. Elisha doesn’t show up to the second half of the film, and I don’t think I’m giving any plot point away to say he doesn’t make it to the end. In fact, I’m not sure if Elisha Cook Jr. made it to the end of any film he was in. I think it would be interesting to find out the percentage of his screen appearances he survives until the end credits, but I’ll leave that research for someone else.
Posted by 1001: A Film Odyssey is produced, directed and written by Chris, a librarian. at 4:06 PM