The 1001 list gives you pretty slim pickin's for some years and too many choices for other years. With only four movies, this is definitely a slim year.

And the nominees on the entries from every edition of 1001 Movie You Must See Before You Die are...
Blackmail
The Man with the Movie Camera
Pandora's Box
A Throw of the Dice 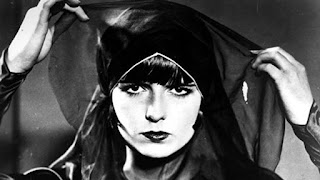 Close choices here, but I'm giving this to the hedonistic adventures of Lulu (Louise Brooks) in G. W. Pabst's tale of a wild woman. It's certainly an interesting story and Brooks is pretty iconic in this role. A Throw of the Dice is an entertaining epic and as for Hitchcock's experimental Blackmail, I'll have lots of awards in this category in later years for Mr. Hitchcock. 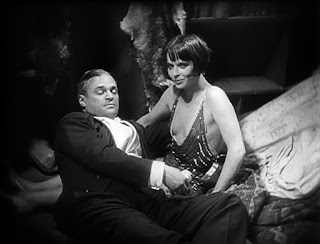 And the Award for Unique and Artistic Picture of 1929 is...The Man with the Movie Camera 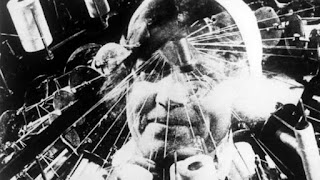 The Man with the Movie Camera

The experimental The Man with the Movie Camera is about the only film from this list from this year that could win this category. This film invites you into a movie theater and begins to show you a world outside the realm of traditional cinematic language. The shots of the late twenties Soviet Union is even more interesting without the confines of traditional narrative. Director Dziga Vertov shows the mechanics of society through machinery, trolleys or people just going to work. I also like the fact that Vertov appears with his camera throughout, reminding us this is a movie in case we begin to forget. 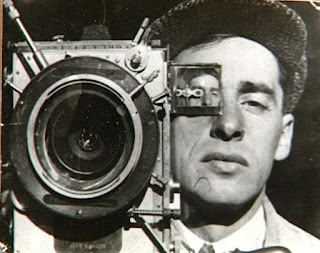 The Man with the Movie Camera
Posted by 1001: A Film Odyssey is produced, directed and written by Chris, a librarian. at 9:39 AM