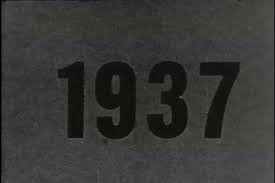 And the nominees on the entries from every edition of 1001 Movie You Must See Before You Die are...
Captains Courageous
Song at Midnight
Grand Illusion
Stella Dallas
Make Room for Tomorrow
The Life of Emile Zola
Snow White and the Seven Dwarfs
The Awful Truth
Pepe Le Moko 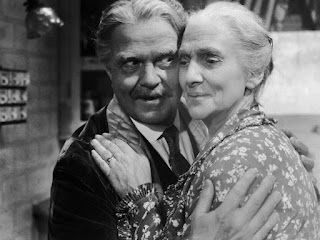 
"The most depressing damn film I've ever seen!" Or something to that effect was Orson Welles's commentary on Make Way For Tomorrow.

Leo McCarey's film is about a family's struggle with what to do about aging parents with nowhere to go. Comparable to Ozu's Tokyo Story, it is a rarity among Hollywood movies of the time (and today for that matter) to deal with older people and their struggles as a main focus. It's also a rarity that there are no headline stars to be seen, which actually works in the film's favor. A gem of a movie in my book. 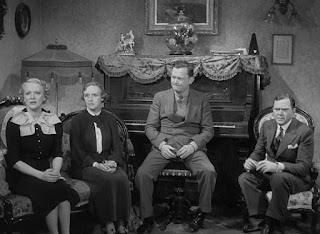 And the Award for Unique and Artistic Picture of 1937 is...Grand Illusion 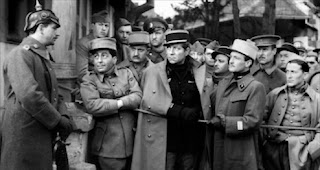 Renoir’s other classic “Grande Illusion” may fall into that category too. On this, my first viewing, I saw a lot of great cinematic touches: The German officer and French officer’s common traits, including duty to country, the use of musical motifs for effect, the loneliness war brings to the German widow, groups of soldiers playing as children and children playing as soldiers, the French drag show turning into the patriotic “Marseilles” after a French victory, etc. Now that I’ve starting naming them, they seem to be numerous.

Notable performances include: Dita Parlo in a small role as the war widow, Erich Von Stroheim as the surprisingly sympathetic German officer, and Marcel Dalio as Rosenthal, a much less straight laced character here than I remember him playing in “Rules of the Game.”

What is the Grand Illusion? That this is the war to end all wars, that life changes when you pass imaginary borders or that true love wins out. Or is it something more sinister? 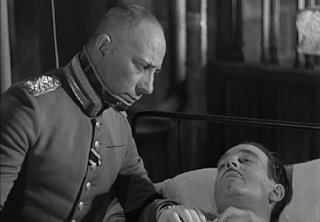 Grand Illusion
Posted by 1001: A Film Odyssey is produced, directed and written by Chris, a librarian. at 9:54 AM