I found this year to have one easy choice and one difficult one.

And the nominees on the entries from every edition of 1001 Movie You Must See Before You Die are...
The Blue Angel
L'Age of d'Or
Earth
Little Caesar
All Quiet on the Western Front
A Nous la liberte'
Le Million 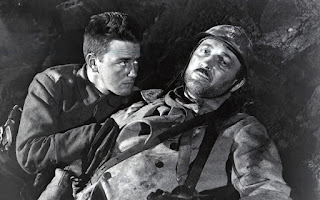 I would be hard pressed not to put All Quiet on the Western Front as Best Picture. The only question is whether to put it under Unique and Artistic Production or as Best Picture. Despite it's literary pedigree, I'm putting it as the winner of Best Picture as it was a hit and is still regarded as one if not the classic American movie of the early talkie era. 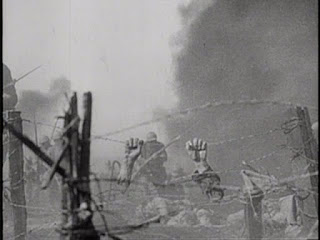 And the Award for Unique and Artistic Picture of 1939 is...The Blue Angel Despite stiff competition here from three French films, I'm going with Von Sternberg's classic tale of Lola Lola the cabaret singer portrayed to the hilt by Marlene Dietrich. But it is the sad descent of the academic Professor Rath (Emil Jannings) that is the movie's somber heart and center.

I do wonder if I should see A Nous a Liberte' again. Would that have been a better choice? It's just been a few years since I've seen it now. No wonder so many Academy winners are movies released late in the year! 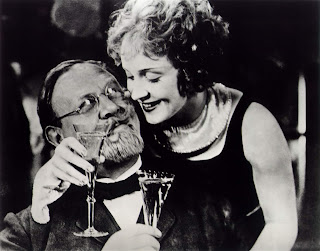 The Blue Angel
Posted by 1001: A Film Odyssey is produced, directed and written by Chris, a librarian. at 6:35 AM