And the nominees on the entries from every edition of 1001 Movie You Must See Before You Die are...
His Girl Friday
Rebecca
Fantasia
The Philadelphia Story
The Grapes of Wrath
Dance, Girl, Dance
Pinocchio
The Mortal Storm
The Bank Dick 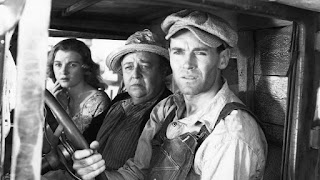 I'll be all around in the dark. I'll be ever'-where - wherever you can look. Wherever there's a fight so hungry people can eat, I'll be there. Wherever there's a cop beatin' up a guy, I'll be there. I'll be in the way guys yell when they're mad - I'll be in the way kids laugh when they're hungry an' they know supper's ready. An' when the people are eatin' the stuff they raise, and livin' in the houses they build - I'll be there, too.
I can hear Woody Guthrie singing in the background now... 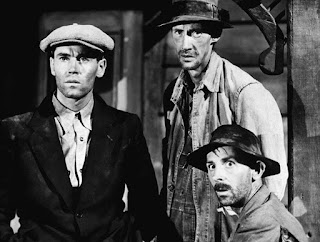 And the Award for Unique and Artistic Picture of 1940 is...Fantasia 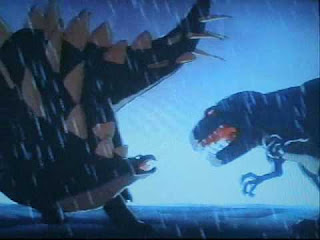 Now critically praised as a classic, Fantasia did poorly during its initial run at the box office.

"When asked Roy (his brother) what the thought, his brother decided Fantasia did poorly at the box office because of his "unfortunate" choice of music.'I'll never understand why we couldn't' have sneaked a little Tommy Dorsey in there.' he remarked to Walt after studying the film's receipts. That was the last time Walt ever asked his brother his opinion about anything."

It's not too hard to see why Fantasia didn't do as well as other Disney films of the era. Classical musical being played in the background to various animated vignettes didn't exactly make for a Snow White or Pinocchio sized hit. But Fantasia is undoubtedly filled with great moments and you have to give credit to Disney for really going out on a limb with this one. It is hard to not list everything when listing the highlights of Fantasia, but the Rites of Spring played as we see the days when dinosaurs ruled the earth and the last days of the dinosaurs is certainly a favorite of mine. The Night on Bald Mountain Finale is pretty spectacular, too. Since 1940 is also the year that Pinocchio was also released, 1940 may have been the most important year for the Disney studio, at least certainly up to that point. 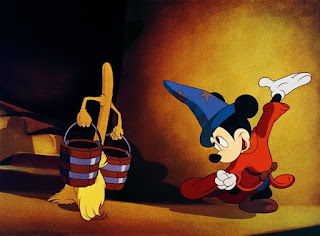 Fantasia
Posted by 1001: A Film Odyssey is produced, directed and written by Chris, a librarian. at 3:30 AM