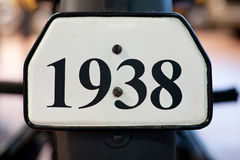 And the nominees on the entries from every edition of 1001 Movie You Must See Before You Die are...
Jezebel
The Adventures of Robin Hood
Olympia
The Baker's Wife
Bringing Up Baby
The Lady Vanishes

And the winner for the Best Picture of 1938 is…Jezebel 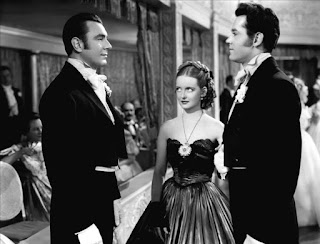 I had the good fortune to meet both of director William Wyler's daughters (Melanie and Cathy) at our library as part of the Southern Literary Trail http://www.southernliterarytrail.org/events.html film series. We showed Cathy's 80's documentary about her father as well as the William Wyler/Bette Davis
collaborations Jezebel and The Little Foxes.

Jezebel is a story set in 1850's New Orleans featuring a cast of thousands, a look at pre-Civil War plantation life, Southern chivalry and traditions, some catchy Negro spirituals, an unfortunate red dress, a case of Yellow Jack and of course Bette Davis. Davis's role may remind some viewers of Scarlet O'Hara, but Davis really makes this her own and it is hard to argue with her receiving the Academy Award for her role.

Bringing Up Baby is without a doubt a classic comedy, but it's just a close second to Jezebel in my book. 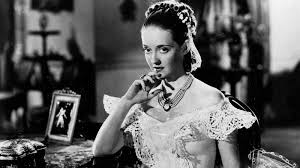 And the Award for Unique and Artistic Picture of 1938 is...The Baker's Wife 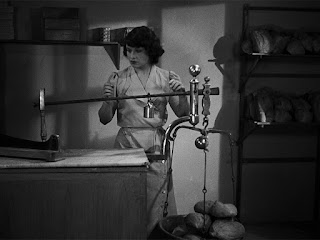 "Director Marcel Pagnol's village vignettes are superb and completely revelatory, telling us all we need to know about the village and its life, telling it so deftly we scarcely are conscious of his having bothered to describe it."-Frank S. Nugent, The New York Times, February 26, 1940 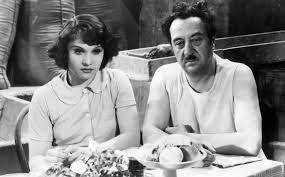 The Baker's Wife
Posted by 1001: A Film Odyssey is produced, directed and written by Chris, a librarian. at 8:30 AM