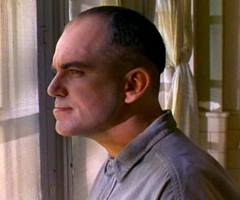 Sling Blade is one of the omissions from the 1001 list that I definitely think should be included. Billy Bob Thornton really created a unique character in Carl, the mentally retarded man who is released from a mental facility into the real world as an adult after killing his mother and her lover with a sling blade as a child. Sling Blade is a uniquely Southern story, and doesn’t feel like just a Hollywood version of the South the way many others do. The supporting characters are very good from Dwight Yokam as the evil Doyle Hargreves, John Ritter as the gay friend and J. D. Walsh as a serial killer of some kind locked in the mental ward with Carl. Memorable dialogue includes Carl’s monologue about why he used a Sling Blade (Some folks call it a sling blade, I call it a Kaiser Blade) in the first place, Carl’s attempt at telling a joke and his love of French fried potatoes.

The real center of Sling Blade is Carl’s relationship with the boy he befriends. This is a movie with heart, and that’s a mighty big place to be (Paraphrasing Carl).

Posted by 1001: A Film Odyssey is produced, directed and written by Chris, a librarian. at 2:54 PM