Here are some TV movies from 1973 I've seen at some point. I'll give a brief note on what they are about...or what I think they were about...it's been a long time for most of them, so my memories may not be too accurate.

1973
The Bait
Donna Mills plays an undercover cop going undercover to catch an abductor of women. Seeing Ms. Mills in this movie back in 1973 was certainly an "I think I kind of like girls now moment" for me. 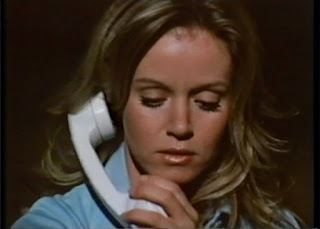 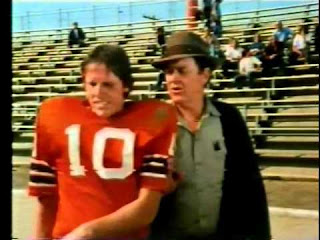 Double Indemnity
I watched this again in the last few years as a DVD extra on a disc of the original 40's classic. The TV version is truncated severely to fit into a 73 time frame. It's also not very good. especially compared to the original. It is interesting that Richard Crenna plays the male lead here and would later play the cuckolded husband in Indemnity styled film Body Heat a few years later. 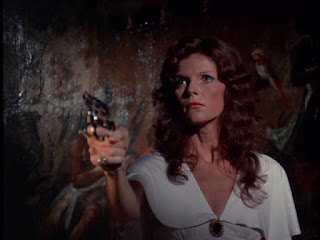 Frankenstein: The True Story
Updated take on the old classic for a new generation. I can't honestly remember how well it succeeded, but does have its fans 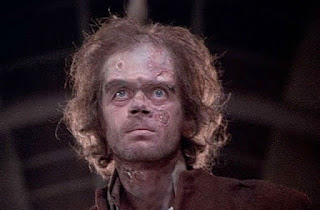 
Genesis II
Not everything Star Trek producer Gene Roddenberry touched turned to gold. Though I think you can label Mariette Hartley in this as my "I think I kind of like girls now moment, Part 2" 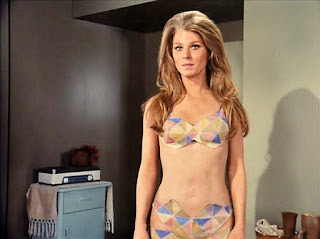 The Girl Most Likely To...
Ugly duckling Stockard Channing goes through a tranformation and takes revenge on her abusers. It's a comedy, but an interestingly dark one for a TV movie from this era. 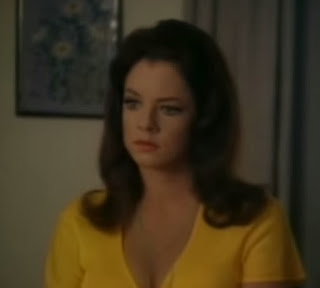 The Girl Most Likely To... 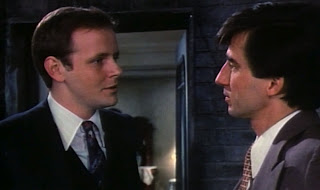 Legend in Granite
I'm not even sure this would qualify as a "movie" but this drama with Ernest Borgnine as Vince Lombardi lingers in memory. 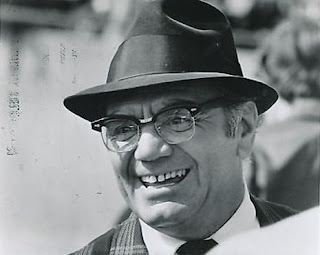 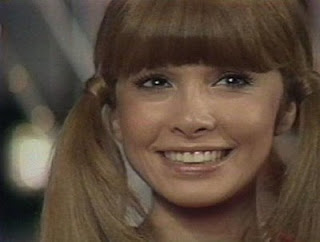 She Lives
This was the one with Desi Arnaz Jr. that I was trying to think of from the previous years listings when I was confusing it with Mr. and Mrs. Bo Jo Jones. In She Lives!, Desi has a ill-spouse and this film was panned as being just a Love Story retread. I had never seen Love Story at the time, so I may have thought it was a bit more original than it deserved. 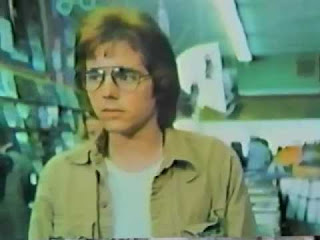 Shirts/Skins
A bunch of working class guys that played pick-up basketball end up playing a hide and seek game around town looking for their balls (Ahem!). I do remember liking this one. 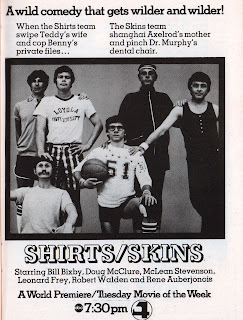 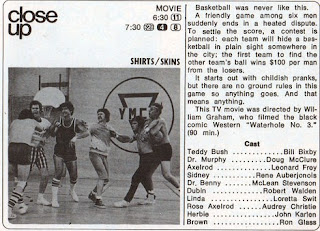 During the 70's, TV Guide would sometimes have a "closeup" listing, so they could ad a little detail to the standard blurb about an upcoming program. I always took notice of these and definitely gave extra consideration to any show, movie or special that warranted a "closeup."

Steambath
I saw this odd drama about a steambath being a weigh station before going to hell on PBS during the late 70's! It led to a brief Showtime series in the 80's, which I do remember watching an episode of. 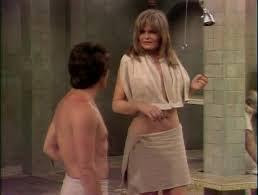 Sunshine
Pilot for short-lived TV show about folk singers that I liked.. The wife of the main musician couple in the movie dies at the end of the pilot film. The show featured the husband and his musician buddies going forward without her. Bill Mumy from Lost in Space was in the cast. 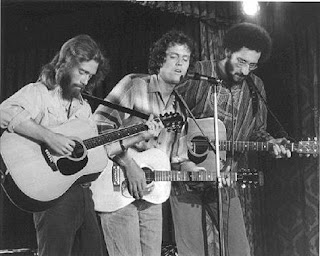 Trapped
I thought this was a pretty cool action film at the time. James Brolin is caught after hours at a department store and is chased around by a bunch of mean dobermans! That's what this was about, right? 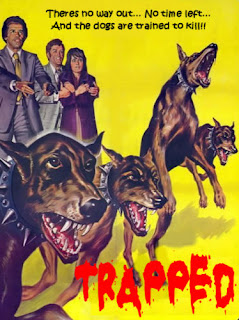 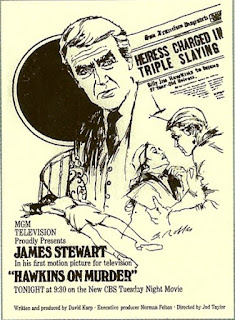 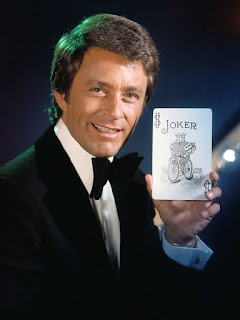 Marcus/Nelson Murders
I'll bet most fans of lollipop licking bald cop Kojack don't know the name of the original pilot movie on which the show is based. Who loves ya baby? 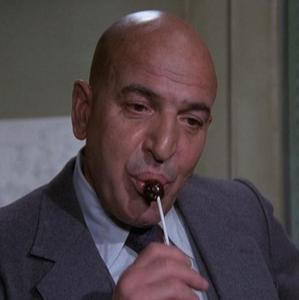 Kojack
The Police Story
The main 70's anthology cop show. The show spun off a few regular series such as Joe Forester and Police Woman. I thought I remembered The Blue Knight as being a Police Story episode, though it appears I was mistaken. 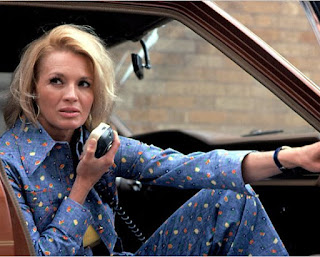 The Six Million Dollar Man
I remember being very excited about watching this pilot for the subsequent bionic man television show at a friends house. I was a regular watcher of the series as well. I felt compelled to add a picture (below) of the famous episode where Steve Austin (Lee Majors) battles Bigfoot! 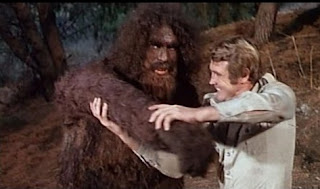 Toma
Pilot for the successful show of a young cop (Tony Musante) who uses the art of disguise to get the bad guy. Musante left the show after one season and the show was redone as Baretta (with Robert Blake) and was even more successful. 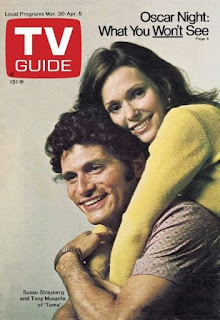 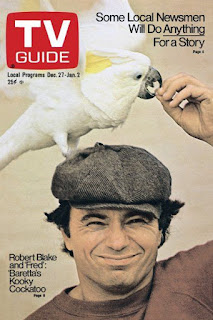 Baretta
Posted by 1001: A Film Odyssey is produced, directed and written by Chris, a librarian. at 7:00 AM