Here are some TV movies from 1974 I've seen at some point. I'll give a brief note on what they are about...or what I think they were about...it's been a long time for most of them, so my memories may not be too accurate.

Going over the list of 1974 TV movies, I can see where these provided a real influence on my 11/12 year old worldview. Theses movies dealt with civil rights, racial issues, teen prostitution, American history, rape, sex, sexual politics, alcoholism, mental illness, dysfunctional families, among other topics. Not to mention the additions to genres such as disaster films, horror films and a couple of comedies. Some long running series got their start in 1974 as well.

The Autobiography of Miss Jane Pittman
Two part film dealing with a 110-year-old woman's reminiscences about her life dating from slavery to the civil rights movement. This movie may have been overshadowed by Roots a couple of years later, but it is compelling viewing.
Based on the Ernest Gaines novel. 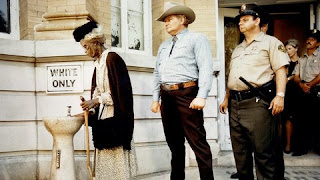 The Autobiography of Miss Jane Pittman

Born Innocent
Linda Blair followed up her Exorcist role with a series of teen in trouble films, including Sarah T. Portrait of a Teenage Alcoholic and Sweet Hostage. Born Innocent dealt with the problems of a teenage runaway. Linda did end the decade with a turn to lighter fair, the roller skating epic, Roller Boogie. 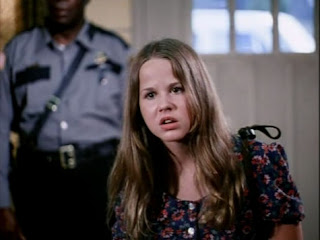 A Case of Rape
I can only try to remember what I thought about this movie about a wife and mother (Elizabeth Montgomery) who is raped and how her and her family deal with the aftermath. My mother thought I was too young to watch this at the time, though I did eventually see the whole thing. 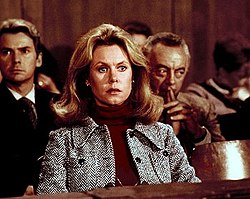 A Case of Rape
The Day the Earth Moved
Cleavon Little and Jackie Cooper lead a good if not all-star cast in a TV version of the popular disaster movie trend. And someone write a Wikipedia article on this movie right away! 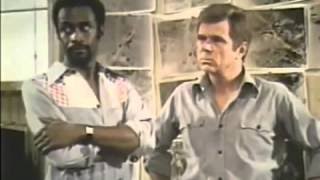 The Day the Earth Moved


Hurricane
And another in the disaster movie TV sweepstakes. This one had Larry Hagman and one of the last roles for TV's Sgt. Carter, Frank Sutton! And would someone get on writing a Wikipedia article on this one as well? 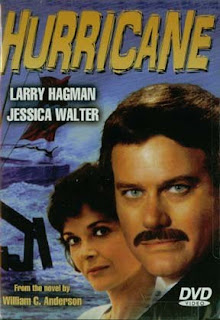 Dracula
Dark Shadows producer Dan Curtis was not a fan of the old Universal horror movies and decided to make his own. I can't honestly remember how successful his 1974 Dracula was. 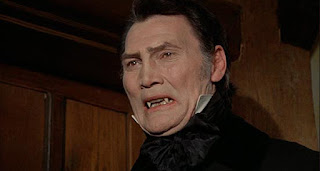 The Execution of Private Slovik
This drama about the only American deserter executed during World War II was definitely on the "Did you see that?" list the week it was aired. At least it was at my school. 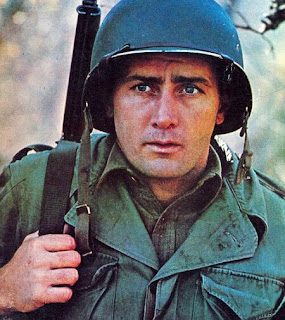 The Execution of Private Slovik

The Girl Who Came Gift-Wrapped
I'm not sure how this Karen Valentine in a bikini with a ribbon delivered as a present to businessman Richard Long movie would play today. It was certainly okay with me at the time! 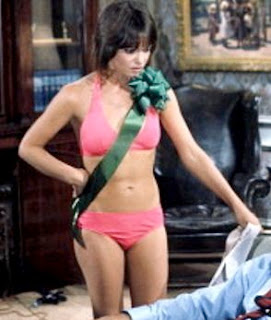 The Girl Who Came Gift-Wrapped

The Great Niagra
Can you survive going over Niagra Falls in a barrel? This was the main question this movie proposed. I seem to remember the answer being no. 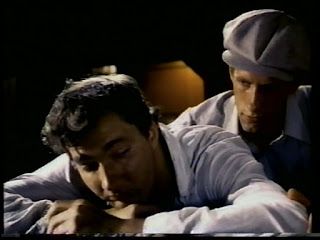 Houston, We’ve Got a Problem
Before there was Apollo 13, the TV movie of the week took a stab at this story shortly after it happened. I didn't remember Sandra Dee being in it! 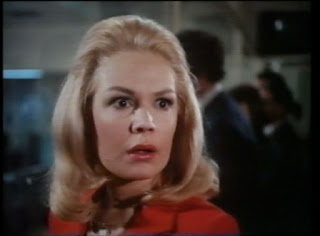 Houston, We’ve Got a Problem 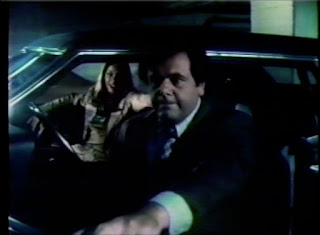 It Couldn’t Happen to a Nicer Guy

Locusts
A movie set during the Depression where we essentially wait until the Locust attack at the end of the movie. Ron Howard was in it. 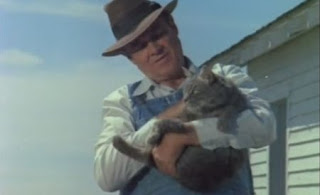 The Missiles of October
Taped movie about the Cuban Missile Crisis seemed really good at the time. I've never referred to William Devane (as JFK) as anything except "The Kennedy Guy" ever since. 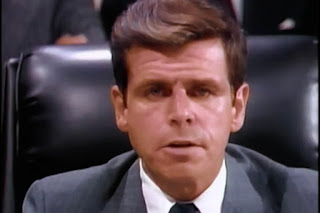 The Missiles of October

The Morning After
TV's lovable Dick Van Dyke did well on his few forays into drama (similarly to Andy Griffith). This one had Dick as an alcoholic. 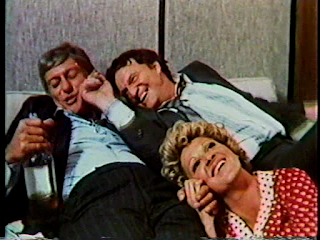 Savages
If Pray for the Wildcats wasn't enough of Andy Griffith as a heavy in 1974! Savages cast Andy as a wicked sportsman who hunts a young guy for sport in the desert. I think that's what this was about. 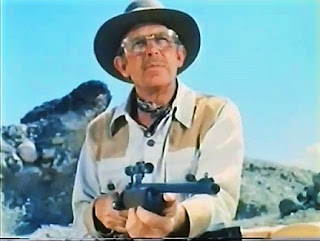 The Stranger Within
Barbara Eden also made an occasional dramatic turn in TV movies. This time she plays a pregnant woman with two hearts who might be....Satan! 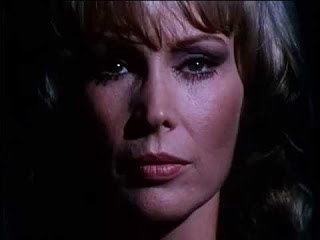 Wonder Woman
Barbara Eden...Connie Stevens...Karen Valentine gift-wrapped...none of these beauties could quite compete in 1974 with Cathy Lee Crosby as Wonder Woman, in this pilot series that didn't sell. Nothing against Lynda Carter or Gal Gadot, but Cathy Lee will always be Wonder Woman to me. I was going to re-watch this one for this month's blog, but couldn't find a copy of it. Considering the couple of rather cheesy clips I did manage to find, it may be for the best that it remain a fond but remote memory. 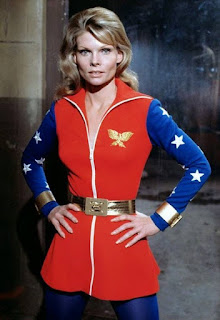 The Migrants
Another 30's drama from this year with Ron Howard. I may be confusing this one with The Locusts. Give me a break, it's been over 40 years! 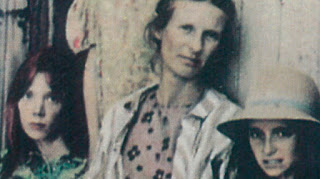 Get Christie Love!
"You're under arrest, sugar!" Teresa Graves as the cop that was clearly influenced by Pam Grier's film roles didn't last as long as it probably should have as a series. 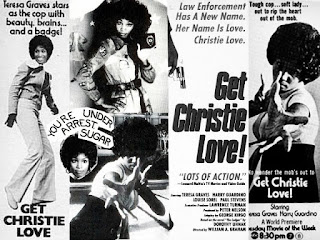 Little House on the Prairie
The pilot for this series was clearly successful and has been in reruns and in books by Laura Ingalls Wilder at a library near you ever since. 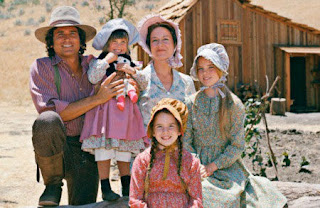 Little House on the Prairie

The Rockford Files
Another pilot to a successful series with Jame Garner as detective Jim Rockford. Had one of the all-time great opening themes. 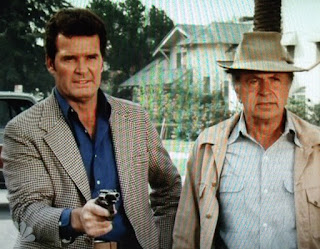 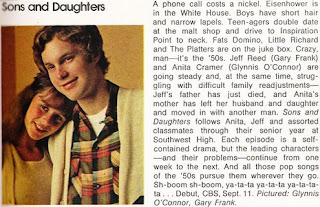 Smile Jenny (Harry O)
David Janssen had many TV roles,but it was hard to not always picture him as Richard Kimble, the Christ figure from The Fugitive. Harry-O indeed! 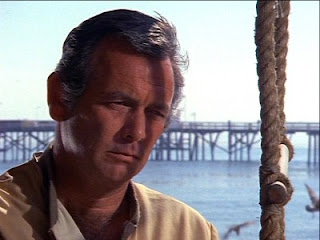 It was never quite the same for TV movies after 1974...but I will proceed to the next year.
Posted by 1001: A Film Odyssey is produced, directed and written by Chris, a librarian. at 6:00 PM