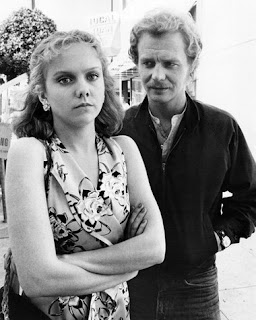 Purl...Soul...Little Ladies of the Night

It seemed like by the late 70's, TV movies had the freedom to show a little more as far as sex was concerned. I specifically mean prostitution (Hustling, many teen runaway movies, etc.). This world is usually depicted as leading the innocent and navie into a world that is most unpleasant. At least that's the lesson I got out of Little Ladies of the Night. Linda Purl is the innocent here who runs away from neglectful parents (Paul Burke, Carolyn Jones) and enters a life of prostitution under a smooth talking pimp named Comfort (Clifton Davis) while she is attempting to be saved by a cop (Louis Gossett, Jr.) and a reformed pimp (David Soul).

The cast:
Linda Purl-There was a point in the late 70's where Linda Purl seemed to show up in every other made for TV movie. Women at West Point, Like Normal People, Having Babies and Young Pioneers' Christmas were just a few from the era.

David Soul-David (Hutch of Starsky and Hutch) may have the most interesting role as an ex-pimp who now helps the cops try to turn around the life of women on the street.

Carolyn Jones-plays the really bad mother of Linda Purl here. Carloyn certainly had a prominent career in feature films (Invasion of the Body Snatchers) and TV (Marsha, Queen of Diamonds on Batman). My favorite 70's credit for her is as the voice of Morticia Addams on The New Scooby-Doo Movies in 1972,

Paul Burke-plays the dad. Burke appeared in just about every drama on TV during the 60's and 70's. He's one of those that I know who his is, but can't really define where I know him from.

Kathleen Quinlan-Kathleen has one of the better parts in the film as a prostitute/friend to Linda Purl. Kathleen scored big the next year with a critically acclaimed role in I Never Promised You a Rose Garden.

Dorothy Malone-I think they gave Dorothy a couple of scenes here just to put someone in this with some name recognition.

Vic Tayback-Vic's a john...no, wait he's an undercover cop! I thought he just wanted a piece of the action! Nice part for TV's Mel from Alice.

The director: Marvin Chomsky
Marvin had many TV movie credits during the 70's, including: Law and Order, Victory at Entebee,  Mrs. Sundance and Holocaust.

The writer: Hal Sitowitz
Hal's other 70's writer credits include In the Matter of Karen Ann Quinlan and  A Last Cry for Help (of course starring Linda Purl!) 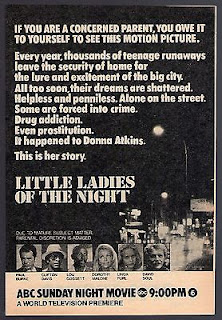 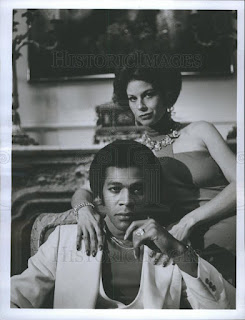 Posted by 1001: A Film Odyssey is produced, directed and written by Chris, a librarian. at 6:30 AM