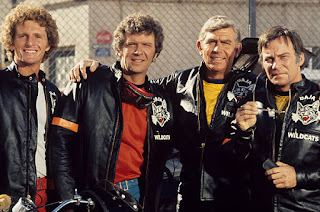 There simply is no more 70's TV movie more 70's than Pray for the Wildcats for me.

The plot features Sam Farragut (Andy Griffith) as a wild man business exec who hires an ad agency, but wants the guys he hires to go on a long motorcycle journey with him across the desert to really get the feel of what his business is about. The advertising men include: Warren (William Shatner) the head honcho with suicidal tendencies, Paul (Robert Reed) who has a troubled marriage and a wife (Angie Dickinson) who is having an affair with Warren. and young artist Terry (Marjoe Gortner) who has just discovered his wife is pregnant. The journey has some initial moments of positive male bonding only to be sabotaged by Sam's sociopathic tendencies and an incident with a young couple on the trip. The end of the journey features a motorcycle battle between Sam and Warren which ends with Sam riding off the side of a cliff.

When the trio of execs return home, Paul's wife wants a divorce, Terry's wife (Janet Margolin) informs him that she had an abortion and Warren and his wife (Lorraine Gary) seem to be heading on the path to reconciliation.

I mentioned that these TV movies were some of the first movies I ever saw with adult themes. I'm trying to think what my eleven-year-old mind thought about this. Did we just grow up and get jobs to make us unhappy? I did think the motorcycle aspect was really cool. And the guys all had pretty wives...but this is a movie for guys without a doubt. Though I'm sure you could do a Pray for the Wildcats version from the wives point of view if you wanted to.

The cast:
Andy Griffith was of course best know as Sheriff Andy Taylor from The Andy Griffith Show. There is no doubt that he had dramatic chops, which dates back to his noted turn in Elia Kazan's A Face in the Crowd in 1957. He got to portray some of these dramatic chops in TV movies (as a heavy!) in Savages and Murder in Coweta County. But there's something special about Andy in Pray for the Wildcats. He is clearly deranged. But he's also deranged with money and power. He has a field day in this role, though part of the appeal is seeing the congenial sheriff of Mayberry going completely rogue. 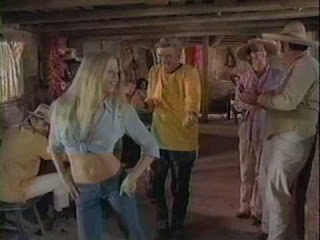 William Shatner-During his post Star Trek, pre-T. J. Hooker days, Shatner made a lot of TV movies, notably Go Ask Alice, which also featured Andy Griffith. He is as much of a sympathetic hero as you could have a sympathetic hero in Pray for the Wildcats. He does out-maneuver the bad guy at the end. I still can't figure out why Shatner (and the others) are wearing Star Trek uniforms without the insignia in this movie! 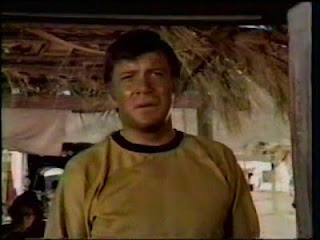 Robert Reed-Robert was of course Mr. Brady on The Brady Bunch. He was winding up his Brady Bunch tenure about the time Pray for the Wildcats was aired. Robert later portrayed a man having a sex-change operation on Medical Center. Other 70's performances include a priest in Haunts of the Very Rich, an evil warden in Nightmare in Badham County, an amorous law professor in an episode of The Paper Chase and roles in the mega-miniseries' Roots and Rich Man, Poor Man. 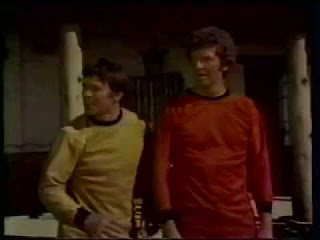 Somehow Robert Reed wears a Star Trek red shirt
yet still manages to stay alive in Pray for the Wildcats!


Marjoe Gortner- Oh, Marjoe! The first time I remember seeing former child TV evangelist turned actor was as the closeted homosexual in Earthquake. Gortner plays Terry, the young up and comer at the advertising firm in Pray for the Wildcats. He later starred in such 70's classics as Viva Knievel!, Sidewinder One and Food of the Gods. Also, don't forget to check out the 1972 documentary about his days as a child evangelist in Marjoe! ..Hallelujah! 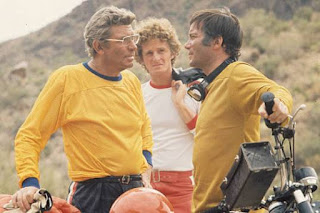 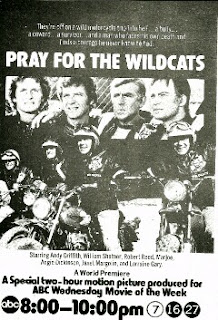