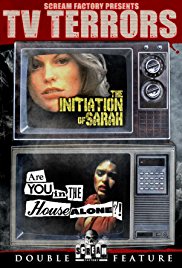 The two movies here have some things in common

Shelley Winters in The Initiation of Sarah

In the Initiation of Sarah, Kay Lenz plays a shy first year college student, who is rejected by the fancy sororities. She dpes gets accepted into a lesser sorority, but they have some issues, too. Did I mention she has latent telekinetic powers?

The cast
Kay Lenz-Kay was all around in the 70's, from Breezy to Rich Man, Poor Man to White Line Fever.

Morgan Brittany (The nice Morgan)-Morgan plays the nice, pretty sister of Kay Lenz who all the sororities want. Morgan was a regular for years (as a not-so-nice Morgan) on Dallas. She also played Vivien Leigh in three TV movies, The Day of the Locust, Gable and Lombard and The Scarlett O'Hara Wars. 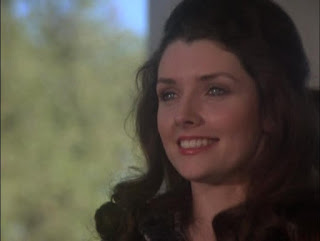 Morgan Fairchild (The not-so-nice Morgan) I have made fun of Morgan Fairchild on this blog, but I have to admit she is effective here as the bitchy head of the bitchy sorority. She later played a role in the remake of The Initiation of Sarah (2006). 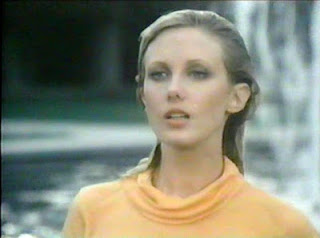 Kathryn Grant-Bing Crosby's widow played the not-so-understanding mother here. Her post Bing career in the public eye turned out to be brief.

Robert Hays-As a college boy. Before Airplane! He was also a regular on the TV show Angie during this time.

Shelley Winters-Shelley plays the showy evil force here in a way that is uniquely Shelley. Sort of an update of her role in The Devil's Daughter.

Tom Holland wrote the teleplay. His horror credits include The Langoliers and Psycho 2. 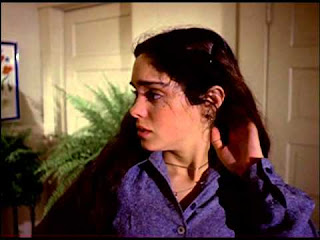 Kathleen Beller in Are you in the House Alone?

Are You in the House Alone? begins as a typical "Someone is making mysterious phone calls to our heroine" type movie. Our teenage heroine is  Gail (Kathleen Beller). About half way through the film, she is confronted by her assailant (Dennis Quaid) who rapes her! The movie then turns into a "Who are people going to believe?" type movie. Gail has a passion for photography, which leads to her developing proof (literally) as to the truth to what she was saying.

I can't say it works entirely for either genre, but I'm glad they caught the guy at the end.

The cast:
Kathleen Beller-Kathleen played a terminally-ill patient in the underrated film from this year, Promises in the Dark.  She also had a lot of her small role from The Godfather II cut out.

Dennis Quaid-How could the rapist be All-American boy Dennis Quaid? I think that's the whole point. 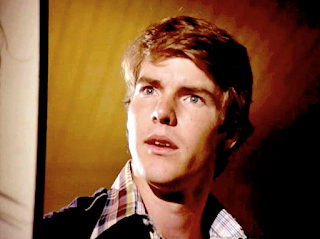 Blythe Danner-plays Gail's mother. 70's roles of note for Blythe include: 1776, The Great Santini and Futureworld.

The film is based on the novel by respected young adult novelist Richard Peck (A Year Down Yonder). 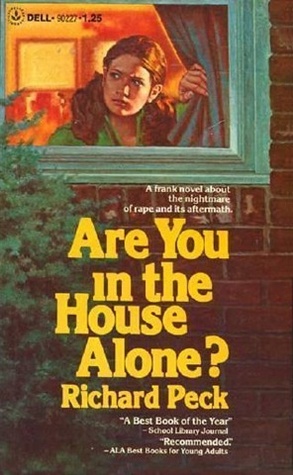 Posted by 1001: A Film Odyssey is produced, directed and written by Chris, a librarian. at 4:39 AM