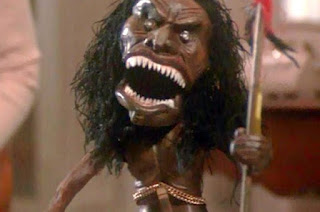 A bit of a change of pace this month...

As a child of the 70's, many of the first adult (adult defined as movies not designed mostly for kids) movies I ever watched were ones that were made specifically for television during that time. You pretty much have to have been of the right age (the older folks won't get it, the younger folks won't get it) during that decade to appreciate what I (and others of my ilk) would call "Early 70's TV-Movies." 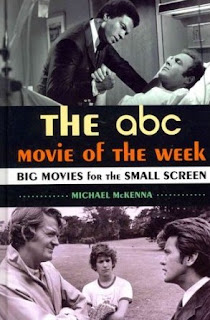 I also found a reference book in our library called Movies Made for Television 1964-2004 by Alvin H. Marrill, which listed and gave a brief synopsis of every television movie made in the United States during that time. For my purposes, I was only interested in the first volume, which covers the years 1964-1979. The foreword to this book is written by Leonard Maltin, which leads us to the fact that I should mention... 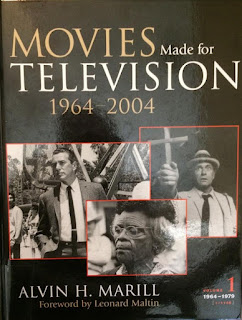 ...I also need to mention Leonard Maltin's TV Movies Guide, which has been published with various titles over the years in editions dating back from 1969 to present. For my purposes, I am mostly interested to the edition I first had, the 1975 Guide I got when I was twelve! I used this guide so much, it split in two and I had to hold it together with a rubber band. I think it eventually disintegrated, but don't recall for sure. I do recall that Leonard included TV movies in that edition. He wouldn't give them a star rating like he would for feature films, but would rate them as Above Average, Average, or Below Average. Leonard left out TV movies in later editions of his movie books, I'm guessing partly because he had to make space for newer movies and many of these TV movies (unfortunately) aren't shown on television much anymore. 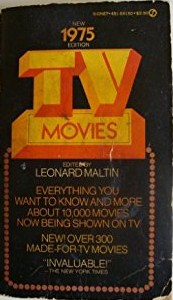 All this made me want to revisit some of these movies and catch some of the ones I never saw before. And thanks to the magic of You Tube and a few DVD's here and there, I am able to wallow in a nostalgic trip down 70's lane for awhile.

I'm going to try to include at least one movie from every year of the 70's and go through the list provided by Marrill's book to try to remember something about some of the ones I've seen in the now distant past. Or did I even see that one?

I'm not doing exclusively ABC Movies of the Week, but the ones from that network will definitely constitute a majority of the films I will watch this month. Luckily, many of these movies are 73 minutes long (timed to fit into a 90-minute time slot) so I should be able to fit in a month of movies  if I put my mind to it... 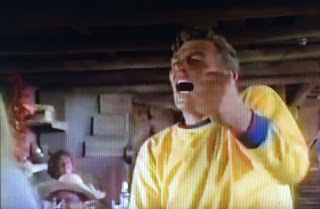